They say that a picture is worth 1000 words. Well here are some of the pictures I took this week. Of course it does not include the 130 I took at transfers but it covers much of the rest of the week. 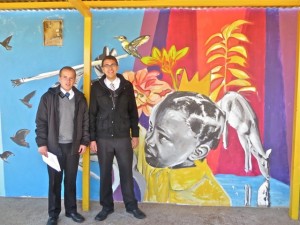 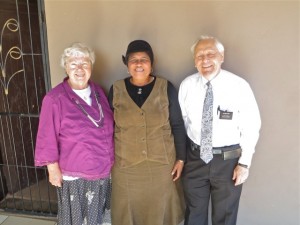 On Wednesday after transfers we met the new missionaries that will serve in Potchefstroom for a few months. Elder Loumann is from Germany and elder Perez – on the right – is from St. George. We took him to our office and showed them around the rooms we will use on Sunday. Then we took them to see sister Florence who requested we drop by and introduce them. Unfortunately she will be leaving the branch early in August and we will truly miss her and her ready smile and love. She has been a member for 20 years! 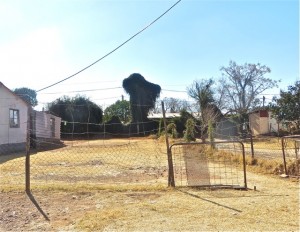 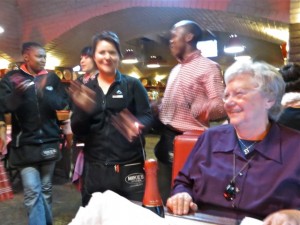 We visited an orphanage and on the way home I spotted this tree that looked to me like a rabbit. It has been completely covered with either ivy or some other vine. It was Mary’s birthday on Thursday so we went out to a nice restaurant for dinner. When they found it was her birthday they gave her a bottle of wine with a sparkler instead of a candle. They also sung and danced for her. I think she would have preferred a nice piece of cake. 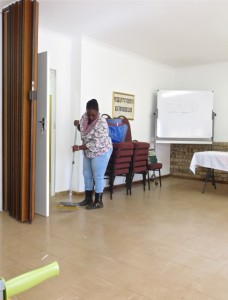 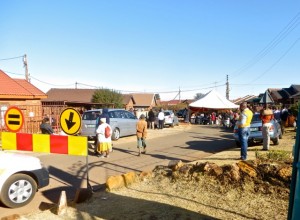 Today – Saturday Nomsa – our great cleaning lady – did an extra good job because President and Sister Dunn will be coming to the branch tomorrow. The street scene is a wedding party in progress. Note the tent is all the way across the road and the road itself is blocked off. What is interesting is that last week there was a funeral in about the same location and the road was blocked off for that. Funerals and Weddings are not just a family affair here but the neighbors from blocks around come and get something to eat. Not just after the ceremony or burial but the day before also. Weddings expensive events – especially after the groom has had to pay labola!

So that was part of what was going on in our lives this week! It is great to be a senior couple serving in South Africa!