About 5 months ago when I was called as branch president in Potchefstroom, both president Omer and his counselor president – now elder – Mdletshe took me aside and told me that my goal should be to train a local member to replace me with in 6 months. The provided someone in just 5.

Today President Dunn came to Ikageng and called, had sustained, and set apart a new branch presidency. He also kept busy doing lots of interviews that only a member of the mission president can do because we are a mission dependent branch. 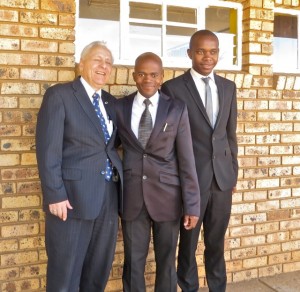 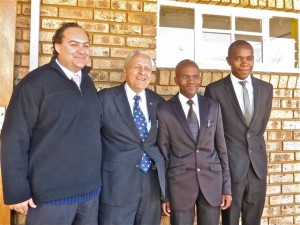 The new presidency of the Potchefstroom branch. Myself as 1st counselor, President Kwaikwai and brother Mokate as 2nd counselor. Brother Andries Louw is the new branch clerk. 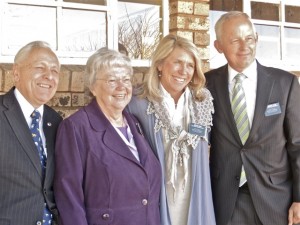 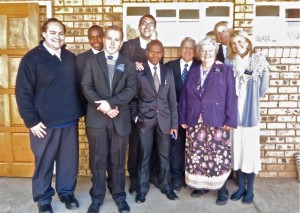 We took the opportunity to have our picture taken with President and Sister Dunn. This last picture did not come out well at all but it was the best of two where everyone including elder Lohmann in the front and tall elder Perez in the back joined the rest of us for a final group picture.