We were introduced by the Hafens and Bartholomews when we started serving in Richard Bay to the tradition of having a last meal with the missionaries in our district just before transfers. We called them Last Suppers. When we got to the Florida Fort Lauderdale mission we had to change them to last lunches because we could not have dinner with the missionaries as it would take them away from prime time missionary work. Now here in Potchefstroom we kept the tradition alive by having a last lunch right after the last district meeting before transfers.

Todays was some what tempered by the fact that the Potch elders were at the temple as both will go home next week and so they got to have one last trip to the Joburg temple. Hopefully they will both be back to be sealed someday.

But there was also good news. Elder and Sister Dummer have been working in the office almost from the day we arrived so they have not been able to come to district meeting. But they are now back in the Klerksdorp/Jouberton area so they were able to come to the meeting and enjoy lunch with us afterwards. Elder Dummer insisted on spliting the cost with me and that was fine. 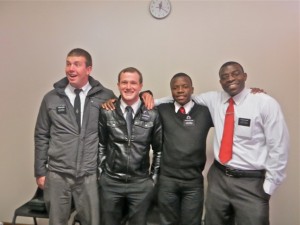 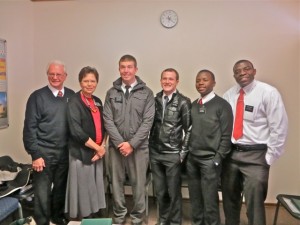 The shot of the Ikageng district minus elders Kelem and Msangi. Elders Larsen, Perkins, Mdletshe and Otieno. E/S Dummer join the group. 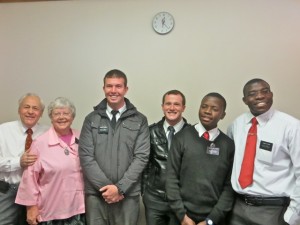 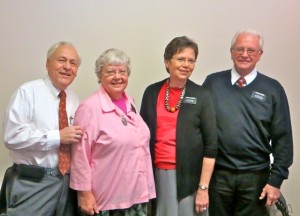 We join the elders. We were taking pictures with 5 cameras and Â that is why elder Otieno seems to be looking at a different world than the rest of us. The senior couples have a picture together. 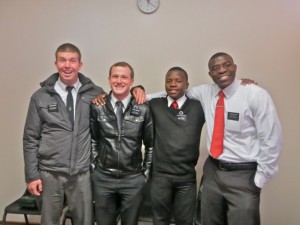 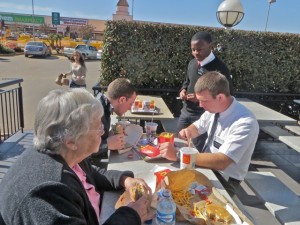 Another picture of the group because I just love elder Larsen’s smile. We decided to eat outside because it was actually warmer and nicer then inside and we could all be together. 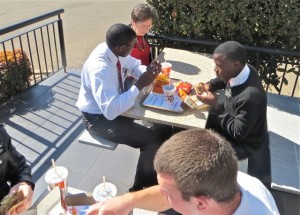 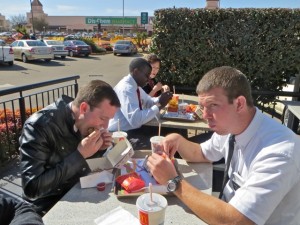 As we were leaving I saw this sign on the back of a truck and since I have an online friend named Henning I thought I would take a picture and ask him if he had family in South Africa. 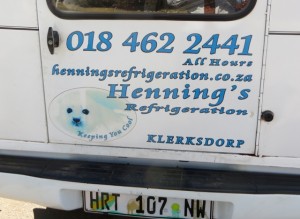 For those who do not know anything about a District Meeting: It is a once a week meeting of the district where the companionships discuss their progressing investigator and can ask for help where they are having problems – such as how to answer a difficult question or over come some objection. Then there is a lesson. It is usually on some part of PMG – this week was on how the Book of Mormon can be used to answer questions. The last DM of a transfer usually also has the elders predict who will be transferred and where, who may train, and if there will be any change in District Leader. It is a fun little exercise and some elders are really good with their predictions. Elder Otieno says he is never wrongÃ¢Â€Â¦it will be interesting to see how he does this time.