While we were out visiting members this week we got to see some very cute children. The young lady with her bowl of pap was at the creche we often visit. She was sitting in a pool of sunlight because it was cold in the shade. Actually it was not all that warm in the sunlight but it felt much warmer. 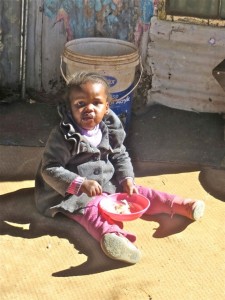 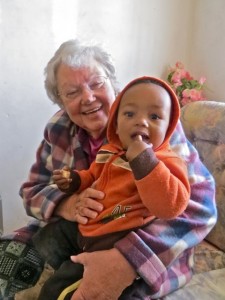 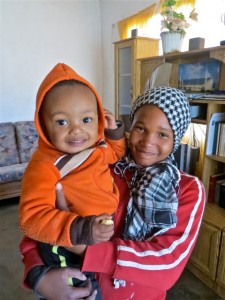 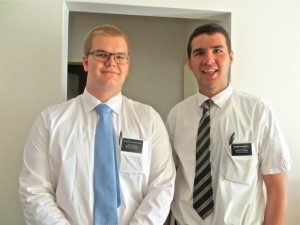 We visited the Tlotleng home to check up on sister Tlotleng who had been in the hospital because of a major illness but was happily home and feeling very good. While we were there I played peek-a-boo with the young man in orange. He would not let me pick him up but liked the game. He obviously did not have the same problem with Mary. Notice that the children are wearing sweaters and hats inside the house. Most homes here are not insulated and often have just single layer tin roofs with no ceiling at all under them. Elder Kankkunen and elder Raymond are companions in the Sebokeng area. They were recently moved there because the area in Joburg where they were serving was a little too dangerous for them to stay. The safety of the missionaries is always one of the greatest concerns of the mission president and the Church. 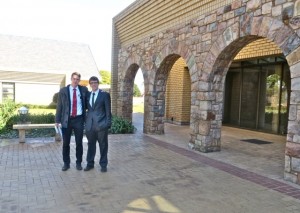 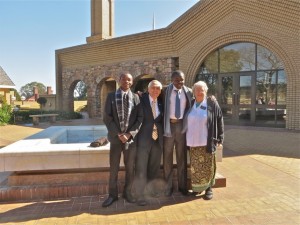 We had the opportunity to go to the Johannesburg temple with the Vaal Zone. The first picture is of elders Ryan and Flynn who are the zone leaders and who both will be released in just two weeks. We also had our picture taken with elders Msangi and Kelem who are the Ikageng elders who we work with every day. They also will be leaving for home at the next transfer. 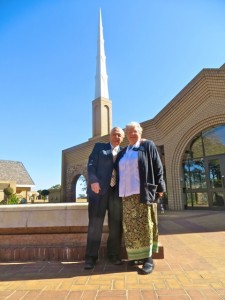 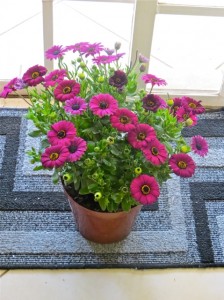 The Joburg temple is a bit of heaven that we are able to go to regularly. To add a little color to a rather colorless winter season I picked up these beautiful African Daisies for just $4.00. If we were home they would be planted where they could be seen from the kitchen window. Here we keep them inside on the kitchen counter.

Serving in South Africa is a great blessing but this experience is much different from our first mission. Here in Potchefstroom it is much colder and dryer. In fact we were blessed to be here for a record low temperature of 15 F the other morning. A record we just as soon have not been a part of.