March 17 2011 – ThursdayWe have had a lot going on over the last month. On February 22nd Elder Solo Mthalane came into the MTC to train for his Florida, Tallahassee mission. It was about 10 months ago that we had the privilege of delivering his mission call and see the excitement on his face when he read that he was coming here to the 5 month delay in getting his US Visa did not damper his spirit. The next week we were able to escort him to the Provo temple where he received his endowments. What a special event this was.Prior to Elder Mthalane coming to the MTC our dear friends from Redondo III Ward, John and Donna Bell, came into the MTC on their way to the Philippines where they were called to be PEF missionaries for the Quezon City mission. We had a number of opportunities to meet with them and even went out to dinner with them one night.These are just a couple of the special blessing we have had since starting to serve at the MTC. Another is that our fellow ward members Gordon and Janice Creer, are now volunteers on our Tuesday shift. It gives them a chance to remember the spirit that they felt as Gordon served as president of the Ireland, Dublin mission.In keeping with missionary work, Â just last night we had 11 returned Durban missionaries and the Knudsens over for dinner. Although they were happy to eat, the missionaries had the best time just sharing memories of their mission. After the young missionaries and their dates left, we sat around with the Knudsens and talked about our missions and what we had been doing since. We really had a good time 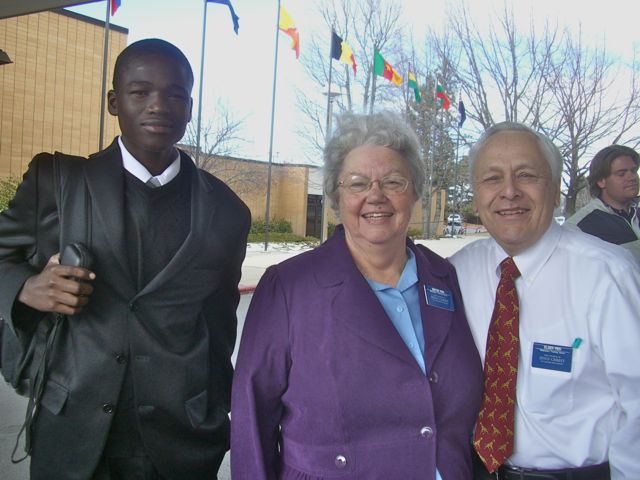