Tuesday the 22nd was the first transfer day for President and Sister Dunn. It was done differently than when President Omer was presiding. Since President Dunn has a background in visual presentation it was not unexpected that he would use some for transfers. All of the missionaries – the ones that were heading home, the new missionaries, trainers, and those who were just changing companions and areas all gathered in the chapel. It looked to me like well over 1/2 the mission was there.

I took over 130 pictures and I will probably post two more sets of pictures. These first pictures are those that have special meaning to us. 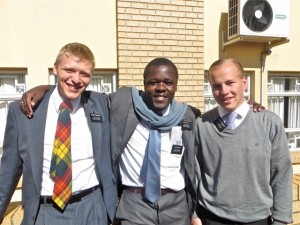 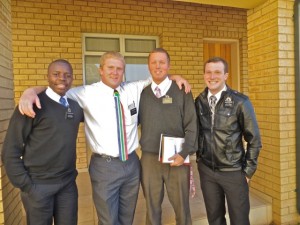 Elders Loveless, Kelem, and Loumann are old friends. Of course elder Kelem served with us inIkageng for 4 1/2 months and it turned out elder Loumann was transferred into our area along with elder Perez so we will see a lot of him. We were also privileged to serve with elders Mdletshe, Harris, Bird and Perkins in the Ikageng area or district. 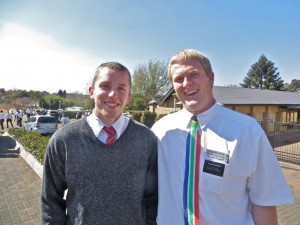 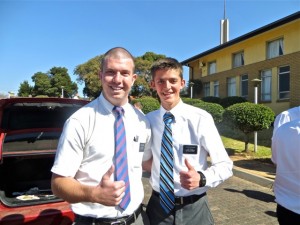 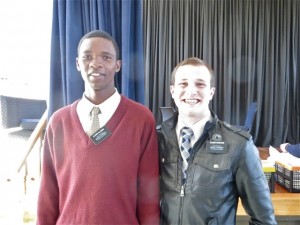 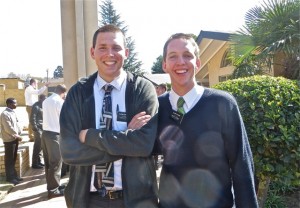 Elder Dlamini is our good friend elder Perkins new companion and they will serve in the Matupa area. Elder Cummings leaves the Orange Farm area and joins his new companion elder Heki in the Modjadji area. 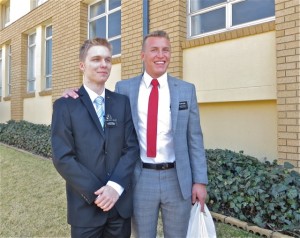 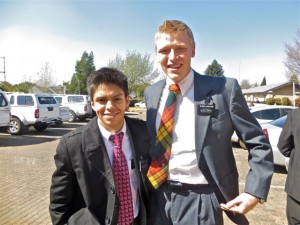 Elder Smith-Holley is a new elder from New Zealand – we have 3 new missionaries from there – and he will be trained by elder Olson. Elder Olson is the brother of a young lady that one of our missionaries from Fort Lauderdale is dating. Elder Garnica is being trained by elder Loveless. When he introduced himself in the transfer meeting elder Granica said that he was a real Mexican! You could tell he was proud to be able to say that. 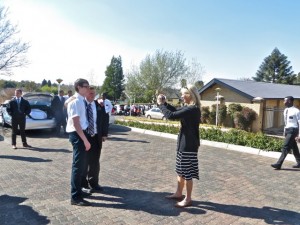 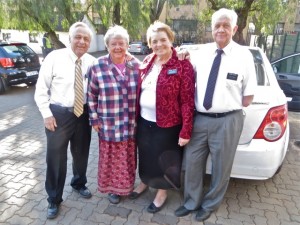 Sister Dunn was also taking lots of pictures. I asked her about her blog posts that seemed to have stopped after a great start and she said that she just has not had time to write. I guess being a new mission mom takes a little adjustment time. After transfer meeting we went to lunch with our very good friends E/S Taylor who are now officially in the Botswana mission. They can not live in Botswana in fact they can only visit there for 87 more days unless their visas are finally approved. But we know the Lord wants them to be there so somehow they will get their resident visas. 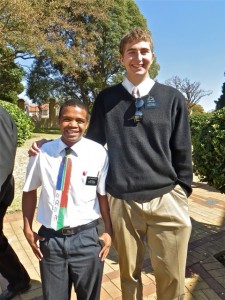 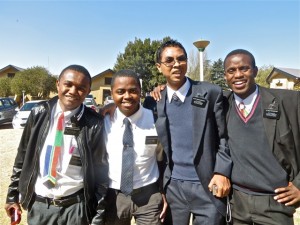 Elder Ramiliarijona has one of the longest names and yet is one of the shortest elders. He is now companions with elder Lyon who is one the tallest. This last picture is of three elders from Madagascar -Â Rakotomalala, Rakotorimanana, Ramiaramanana and their friend elder Nherera. I believe elderÂ Ramiaramanana holds the title for the longest name. Imagine fitting all of that on a name tag or for that matter pronouncing it correctly.