We were introduced to Lolo and George’s orphanage by E/S Knowles who we followed here in Potchefstroom. They have 13-15 orphans who they provide housing, food and a chance for an education. George works at a butchery – meat market – to help supplement the small amount of money they receive each month from the government. Mainly the orphanage is run on faith, hope, prayer and love. 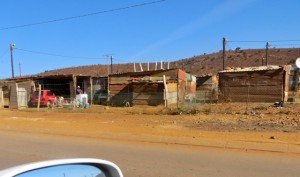 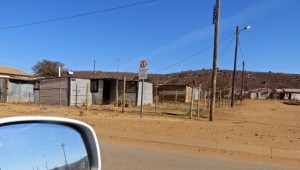 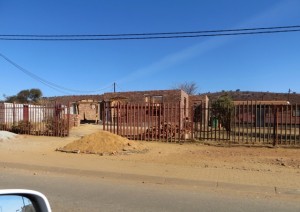 The orphanage is out in an area that is mixed between houses and informal houses. Informal houses are usually single room shacks made out of tin and anything else they can find that does not cost much. The upper left picture shows a woman washing her clothes in a pan sitting on top of a washing machine. The lower left shows a sight that is seen all over South Africa. A house that is being built but not finished. They get some money to buy materials. Build as much as they can and then must wait until they can afford more. The pile of sand with bricks or rocks around it is a very common sight also. As we drove up the road that leads to the road where the orphanage is located there were chickens in the road. The young man on the side tried to get them to move out of our way. In Swaziland it was cattle in the road – here it is chickens. 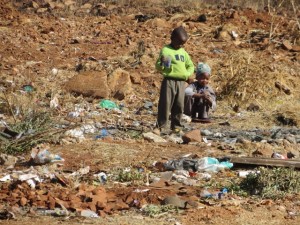 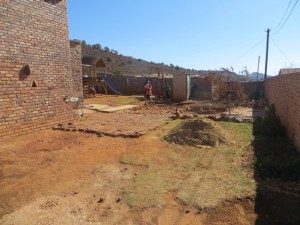 As we were parking next to the orphanage I noticed these two young men searching through the dumping area at the end of the road. I think they were looking for something to play with and not for food – at least I hope it was not for food. The other picture is the front yard of the orphanage. 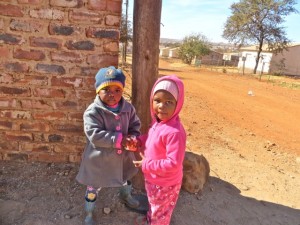 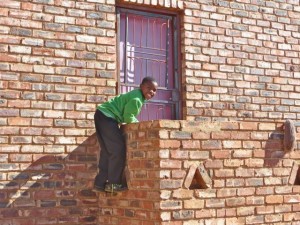 Some children are not quite sure what to make of a couple of white people. They do not see many as this is outside of the Ikageng township at the end of a road that most white people would never think of traveling to as there is no reason to be there. But the children always greet us with a smile. 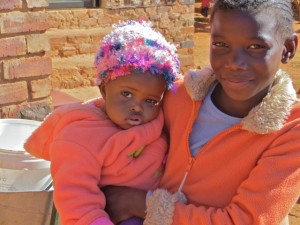 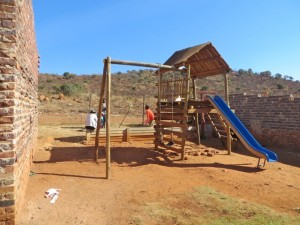 I asked Lolo the age of the young lady with the beautiful cap. She told me she was two but since she was HIV positive she was not growing as she should. There are a number of HIV positive children in the orphanage which is one of the great problems that there is in all of Africa. Lolo and George try to supply the children with safe places to play but with limited space and money it is difficult. What a difference $200 – $300 a month would make to this wonderful couple and the children. 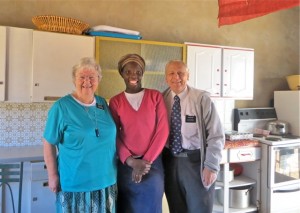 Lolo had a gas stove blow up in her face a number of years ago and it caused a terrible amount of scaring. But she does not let this get her down or feel sorry for herself. She just smiles and tries her best to take care of the children.