I received a call from the principal of the school where we rent some of the rooms for our branch offices and storage. He told me that we had a break in. When I arrived I found that someone had managed to pry the metal screen off the front of the window, break the glass, bend the security bars out of the concrete and steal the computer, monitor, keyboard and mouse. They left behind a keyboard, a projector and a DVD player and did no damage to the rest of the offices and classrooms.

This break in is almost identical to the one that occurred in March 2014 soon after we arrived and I became branch president. The same window was attacked and basically they took the same things. They do not take the printer because it will not fit through the window which is about a foot square.

We are hoping that since the thieves have decided that we are a good place to break in to that we will now get an alarm system for this part of the offices. 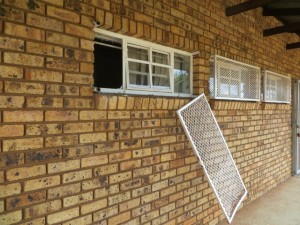 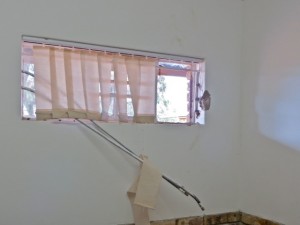 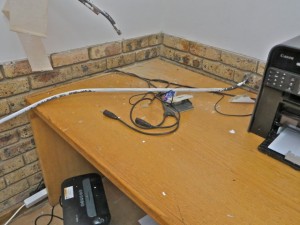 The police were called and the first set of officers arrived to make out a report about what happened. A couple of hours later some detectives called and came in and looked over the damage but really did nothing else. Our friend Syd from Physical Facilities came down from Joburg to see what happened and will do some emergency repairs so that the rooms will be at least somewhat secure until a permanent repair can be made. He has been waiting for the fingerprint crew to arrive and as of 7 hours after the police had been notified, they still have not arrived. 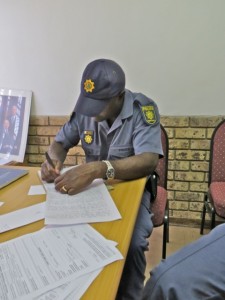