Papa Thato is one of the teachers in the branch and he had a kidney removed after it was found that it had not been functioning since he was very young. We visited him before the operation and below soon after when he was hooked up to enough machines that he looked like a bionic young man. A week later he was home with his wonderful mother. He says unless he coughs or sneezes that it does not hurt much. We are just glad all turned out well for him and of course for his family. 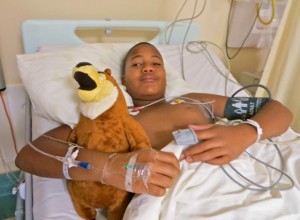 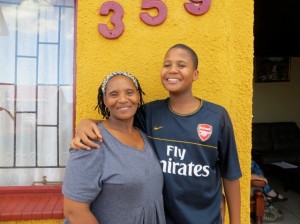 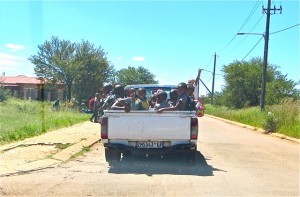 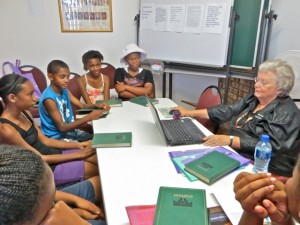 On Thursday while driving through part of the township we found ourselves behind this truck load of students on their way home. I kiddingly posted it on Facebook as a South African Township school bus. Mary had a good size seminary class where the young women out numbered the young men 5-2. The taller young man is Papa who was only out of the hospital for two days! She has some dedicated students. 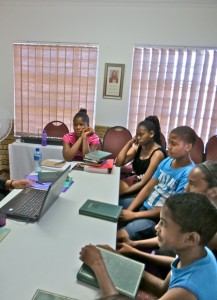 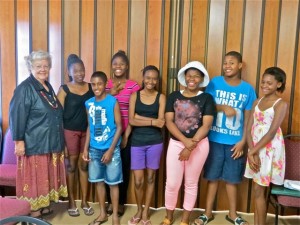 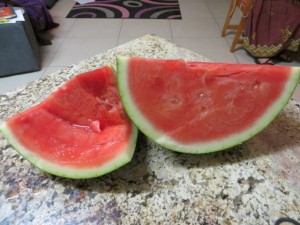 Mary bought half a watermelon and when I started eating it I noticed that it was seedless! It was the first seedless watermelon we have had since we were here. I can not remember about our first mission. Just a couple of days earlier I was commenting on a sister in the branch that I was surprised that they did not have seedless watermelons and lo and behold we were eating one. Besides being seedless it was sweet and delicious.