We look forward to Fridays because we get to attend the Ikageng District Meeting which of course is held in Klerksdorp because four elders and E/S Dummer live there and we have a nice chapel to meet in. 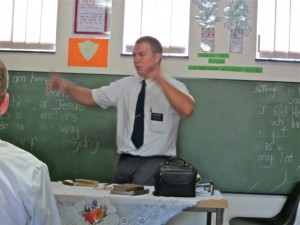 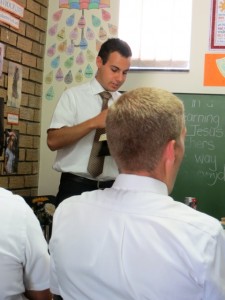 Elder Oldroyd is the district leader and has proven to be an efficient and caring one. He is not leading the music he just uses his hands from time to time. Elder Di Ruscio did lead the music for the day but here he is giving a spiritual thought. 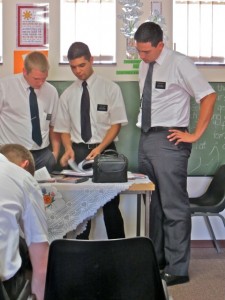 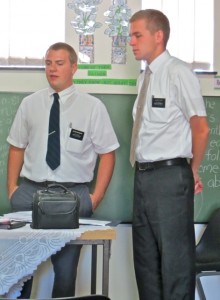 The first order of business is to go through the area books with each area reporting a little about the work is going in their areas. This includes investigators with baptism dates, less actives they are working with, etc. Elders Liera and Alvial reported on the Potchefstroom area, elders Oldroyd and Todd reported on the Jouberton area. 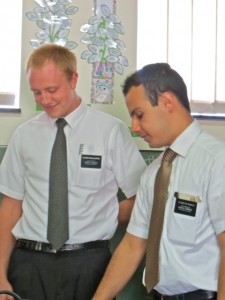 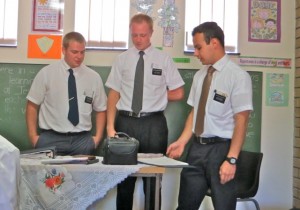 Elder McAllister and Di Ruscio serve in the Klerksdorp area. While they are giving their report elder Oldroyd looks through their area book to see if it reflects what they are describing. 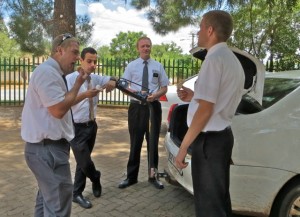 After the meeting we provided donuts to keep them going until lunch – which is where they went as soon as they finished the donuts. It is a good district and there are lots of potential for baptism in March and April.