The 1st of February was very busy for us. It started at 5:30 when we left for Parys to pick up sister Bobbi so she could attend church. While we were waiting for her and Louis to get back from their walk I went down to the Vaal River and took these pictures. It was about 6:15 and the sun was just touching the tops of the trees. It was very quiet and beautiful. The drive both ways was also peaceful and the landscape was amazing as the day started. 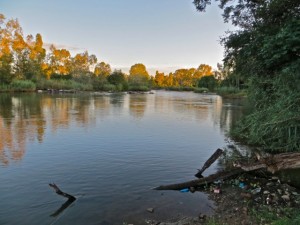 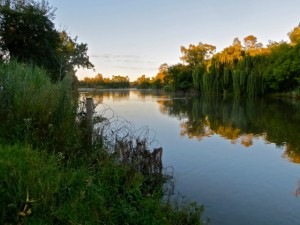 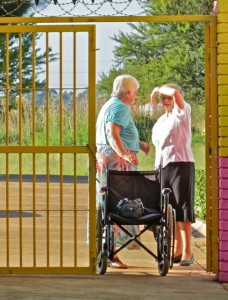 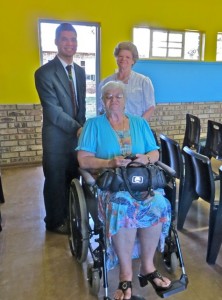 Sister Bobbi had not been to a sacrament meeting in Ikageng in years so she was greeted by many sisters and some brothers who had known her since the time she attended regularly. Sister Brummer is a long time friend and they enjoyed speaking if Afrikaans. Elder Liera joined in helping with her chair. 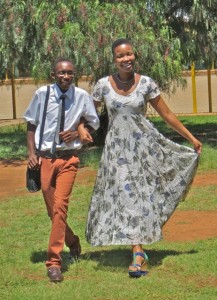 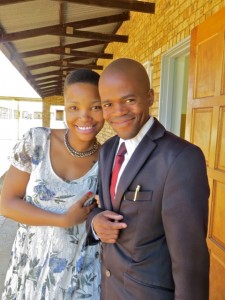 It was a truly gorgeous day with clear blue skies and lots of sunshine so two of the young people – Menzi and Renny – did some fancy steps on the lawn. Renny then joined president Kwaikwai for a picture. 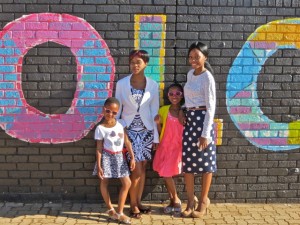 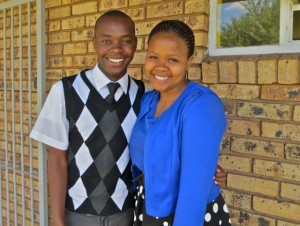 The Kujane sisters were joined by a new member for a picture against the colorful wall. Brother Omphile is the second counselor in the the branch presidency and was happy that sister Kea was back in school so they did not need to carry on their courtship long distance. 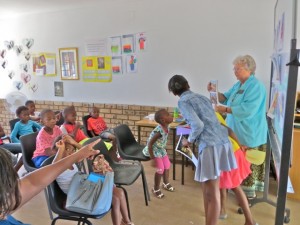 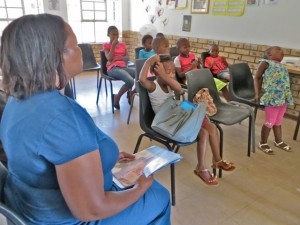 It was the first week for the new Primary presidency and Mary came prepared to help them with Â sharing time. In the evening she met with them and brother Omphile for a training meeting so they could better understand how a primary should be conducted. The presidency decided to meet each Saturday to prepare for their Sunday classes. It is a great step to see this new presidency wanting to become organized. 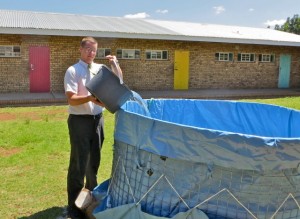 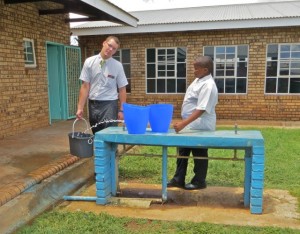 After the meetings there was to be a baptism. However the water faucet that we use was just dribbling out water so the elders with lots of help from some of the PH brethren filled buckets at another faucet and then filled the font bucket by bucket. 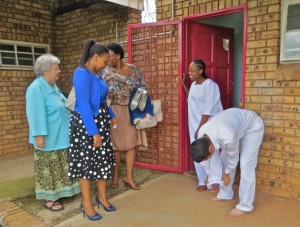 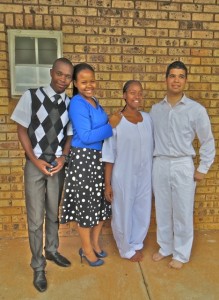 When we went to Klerksdorp yesterday elder Pier messed up and got a baptism suit that was way to big for sister Mpho. Elder Liera helped her roll up the legs so she did not trip and fall on her way to be baptized with Mary and Kea making suer he does it correctly. Â They were joined by Omphile and Kea. 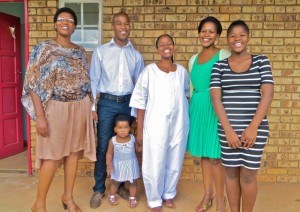 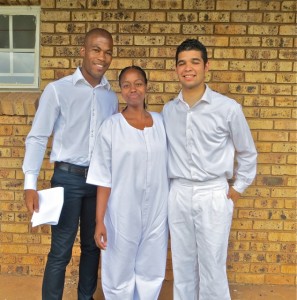 The Lekebe family joined in for a picture. I have no idea why elder Liera closed his eyes as I took the photo but he did that a couple of times while I was taking pictures. 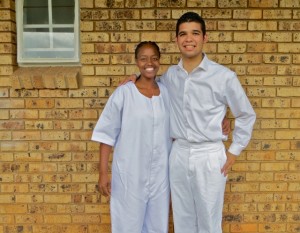 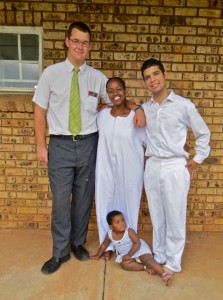 The elders have been teaching her for a few months and it will probably be elder Taylor’s last baptism before he heads home on the 17th but maybe not! 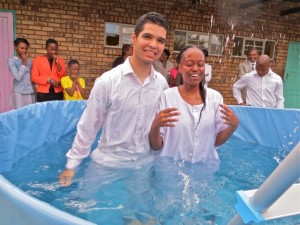 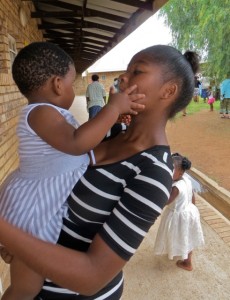 After the he baptism sister Mpho has a great wet smile. I had to take this picture of sister Mpho’s daughter as she tries to reclaim her blinky from her cousin. She is probably the most held baby in the city as it seems all of her aunts, cousins and others just like to hold her. She is truly loved.

After the baptism we drove sister Bobbi home, broke our fast at KFC and drove wearily home for a couple of hours rest before picking up those who went to the Primary training meeting.