We took the elders up to Parys and spent a couple of lovely and interesting hours with sister Bobbi and of course Louis. Â It was elder Alvial’s first time and elder Liera’s Â 4th or 5th. As usual Louis got lots of attention and responded with a madly wagging tail, lots of kisses and in general just being Louis. We were able to bring back her CPU so she can resume playing her computer games – Louis is very happy that her attention will be directed elsewhere for at least part of the day. 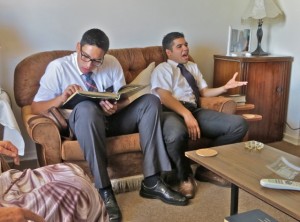 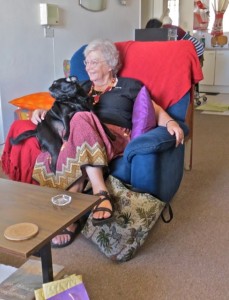 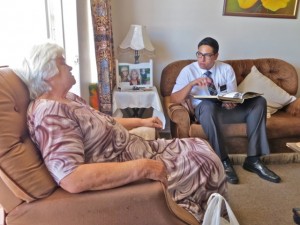 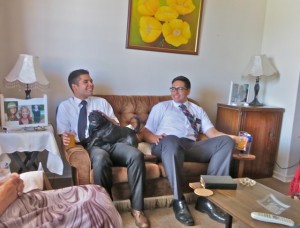 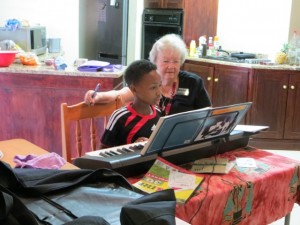 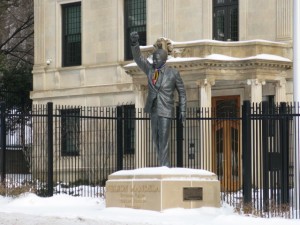 Later in the day while I was out running errands Mary had piano lessons with Lorato Kujane. It looks like she has a real student with Lorato who walks about 1/4 of a mile lugging a good size keyboard to have her lesson. Arlo and Sandy Mickelsen – our friends who are serving in the Brisbane mission – sent us a picture of the Mandela statue in front the the Washington DC South Africa Embassy. Notice that during the winter they put a scarf around his neck to keep him warm – there is seldom any snow in South Africa but DC gets plenty – especially this year. The picture came from one of their sons who works in DC.