We decided to spend the morning on a game drive at the nature reserve outside of Klerksdorp. It was an adventure just getting there as we went the back way instead of going through Klerksdorp. Turning off the N12 we had nice road for about half the way and then we found ourselves on decent gravel roads. At least it prepared us for the unpaved roads we would find in the reserve. 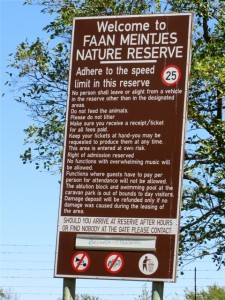 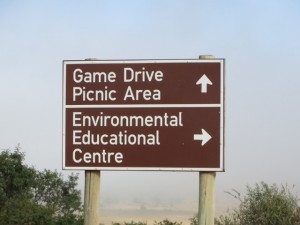 In the two drives we have taken at this reserve we have only seen one other vehicle that might have been on a drive. I do not think it is a very popular place to go – at least not during the week. They have cabins, an educational centre (England you know) and a really nice picnic area – none of which were occupied. 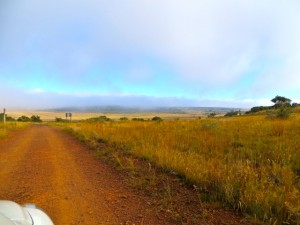 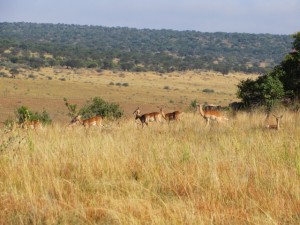 As we started our drive we got this wonderful view of valley below. It had been foggy on the way to the reserve but it was burning off an you can see the blue in the sky. It was perfect weather for the drive – warm but not really hot. We were greeted by a good size herd of impalas. Later talking to the warden at the gate he was surprised that we saw this many impalas together because the week before he had taken 4 drives and only saw an occasional impala. So it is with game drives Â – sometimes you see lots of animals an at others they seem to be all hiding. 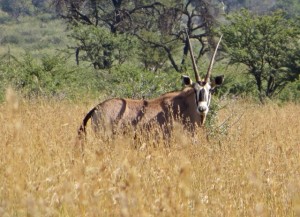 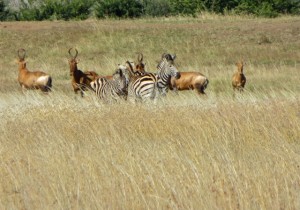 We saw lots of gemsbok but this big fellow was all alone and gave us a good looking over as we drove by. Zebras are alway fun to find – we did not see any by themselves but these three were among a herd ofÂ Hartebeest. I do not remember seeing any hartebeest on our last drive. 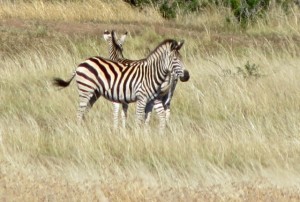 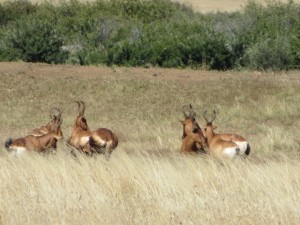 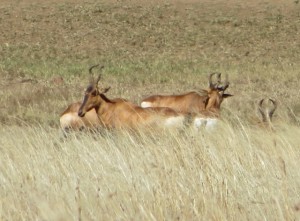 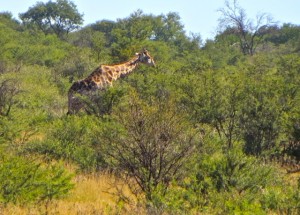 We finally found the giraffes.There are 7 in the reserve and I think we saw 5 of them. Most at a distance at first but then we found the road drove right next to them so we got a good look and pictures. 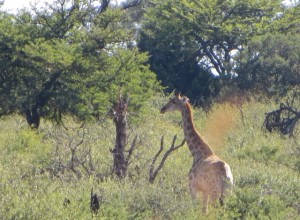 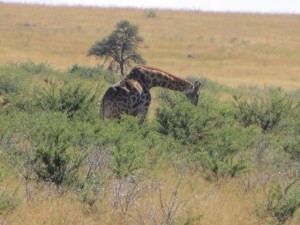 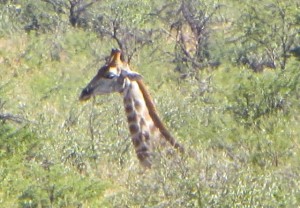 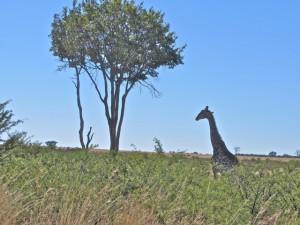 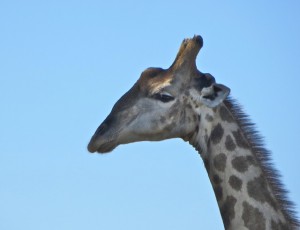 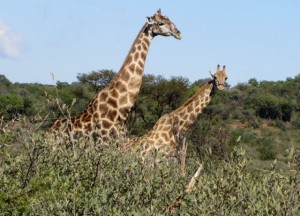 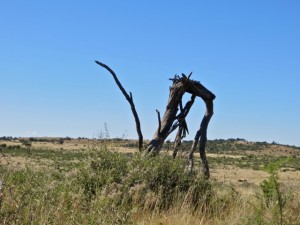 While taking pictures of some distant wildebeests, I noticed this interesting looking tree sculpture. 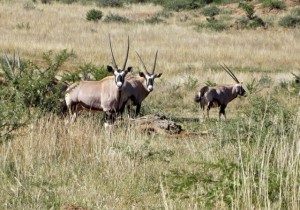 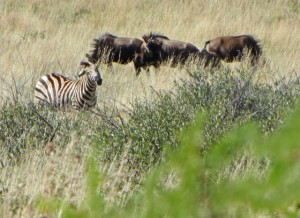 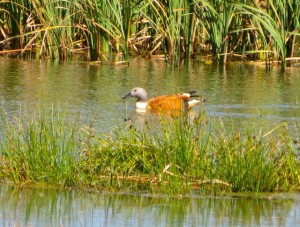 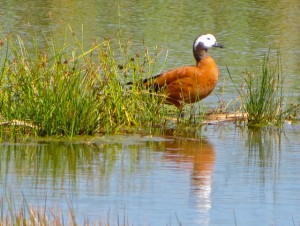 The maleÂ South African Shelduck was swimming while the female was just enjoying the sunshine. 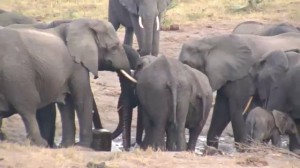 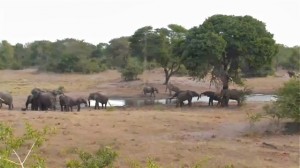 There are no elephants in the reserve but when we got home I went to the Tembe webcam and found this rather good size herd of them around the water hole. Notice the really young one in the lower right hand corner of the left hand picture. The herd contained all ages from large males to this little oneÃ¢Â€Â¦if some the size of a small car can be called little.

A couple of weeks ago President and sister Dunn came to our flat so the President could interview the Ikageng district. While they were here sister Dunn took these pictures and I borrowed them off her blog so we would have them.Â 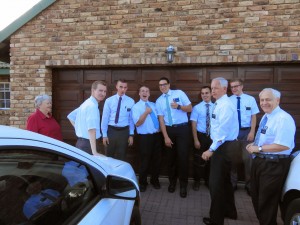 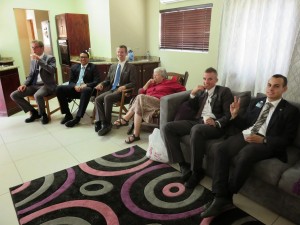 Mary, elders Peterson, Barton, Oldroyd, Alvial, DiRuscio, President Dunn, elder Todd and me after the missionaries and the Dunns had been out witnessing and having lunch at the Moori River Mall. While President Dunn interviewed the elders those who were waiting got to watch the Priesthood session of conference on Mary’s laptop. Elders Todd, Alvial, Peterson, Barton and DiRusico bookend Mary. 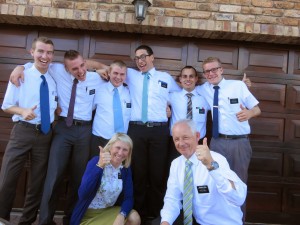 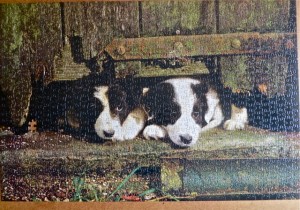 Here is the group with Sister Dunn. I think elder Avail is pinching elder Barton but it may be elder Oldroyd who is the culprit. We finally finished the puppy picture only to find one piece was missing. We have only had a piece missing in two of the many puzzles we have done and both of them included dogs… 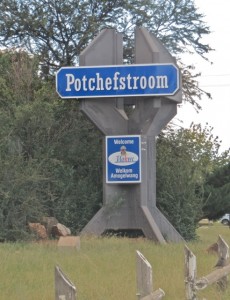 The other day I took a picture of the new welcome signs that have been put up on the concrete sculptures that have stood empty for the first year we were here. I took a picture of another one on last Friday but it was surrounded by lots of other signs. This on is right by where Ross comes into the N12 on the edge of Ikageng. On Saturday the heavens really opened up and poured out rain. While we were stopped to get fuel I took this picture of the many splashes that can be seen Â as well as the people seeking shelter. With winter coming the rain will soon almost stop – going from an average of 15 days a month in Autumn to 3 days a month in winter.