Once again we were blessed with great weather as the clouds parted and the yard was filled with sunshine. Before, between and after classes the members gather together to talk, take lots of pictures, and just enjoy the warm sun. 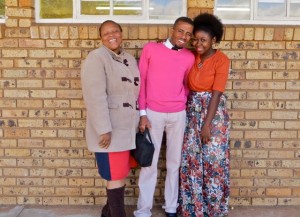 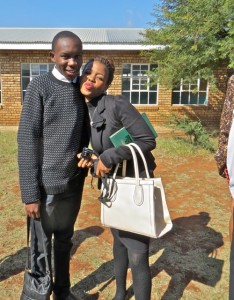 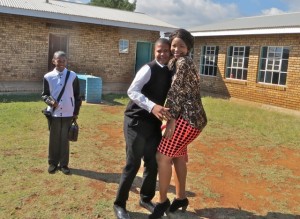 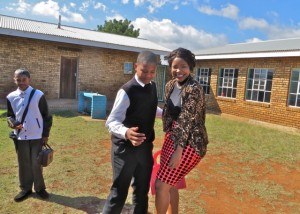 Everyone likes to pose for picturesÃ¢Â€Â¦Jacque Kruger looks on as Papa Thulo and Renny Motha clown for their picture. 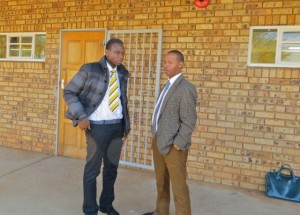 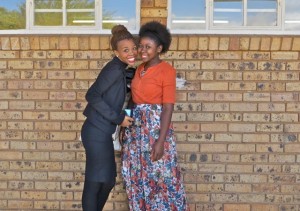 The elders quorum presidency – Tinashe and president Ncapayi – hold a casual meeting. The two Ratema cousins pose for their picture. 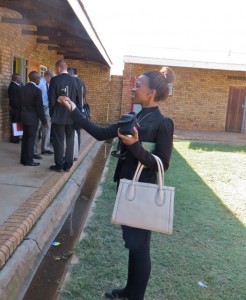 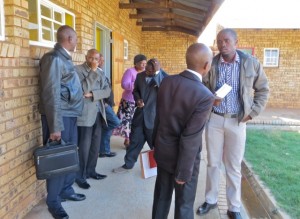 Meisi was busy taking lots of pictures while others are just enjoying talking. Brother David speaking with Simon on the left and president KK speaking to Gomoleno on the right. Gomoleno is scheduled to be baptized next Sunday. 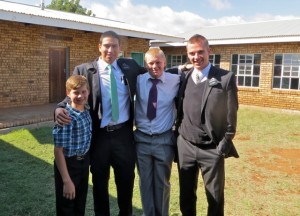 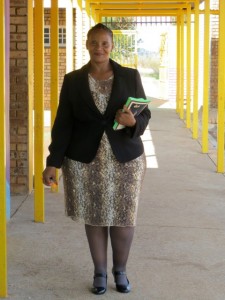 The two newest members of the branch – Joshua and Adrian Gerber share a picture with elders Avial and Barton. Sister Thulo stopped for me to take her picture. 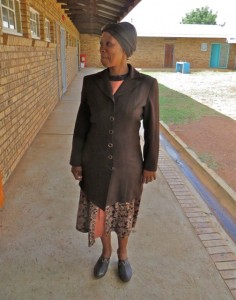 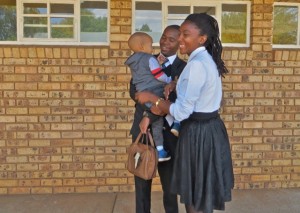 Sister Merriam was all in brown today. She is second counselor in the Primary presidency. Omphile Mokate holds the Thulo young man while sister Lebo helps out. 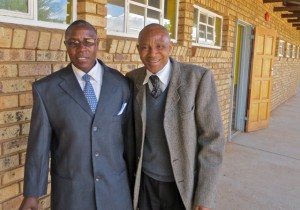 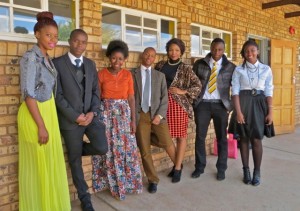 Brothers Johannes and Simon got together for this picture. Brother Johannes is the branch mission leader and brother Simon is one of the branch missionaries. A group of YSA were gathered together so I took their picture. Sisters Amo, Ratema, Renny and Lebo are with brothers Omphile and Tinashe. In the middle is brother Ncapayi who is not a YSA but looks right at home among them. 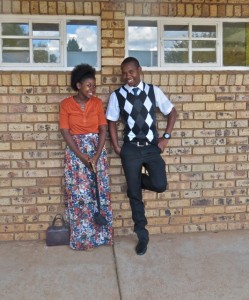 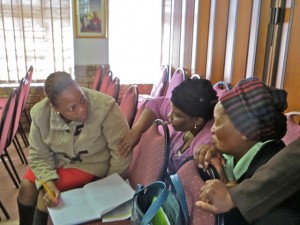 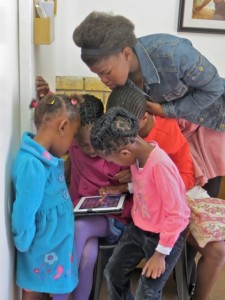 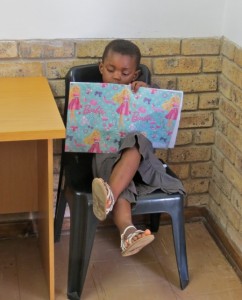 While their mothers were busy planning the Kujane and Williams children played with Mary’s iPad. I was happy to see the youngest Williams granddaughter was more interested in reading her Barbie book than playing with electronics. 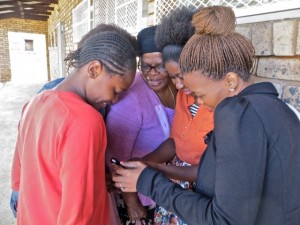 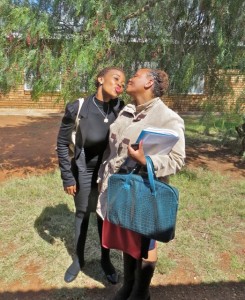 However the youth get it naturally as you can see here a group of women gather around to look at all the pictures sister Ratema took today. Sisters Ratema and Kujane pose in the sunshine for one last picture before heading home. 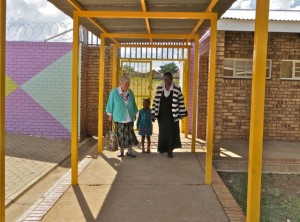 Mary starts for the car with another Sister Mary and her granddaughter. Sister Mary is a counselor in the Relief Society presidency.