We were out visiting on Wednesday and I started taking some pictures.Â 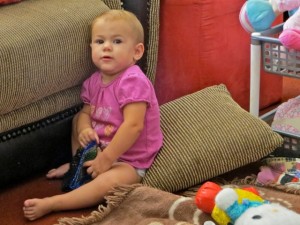 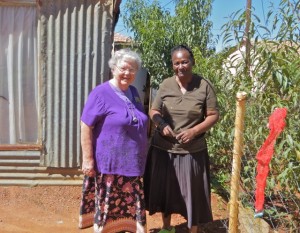 This little charmer will be a year old on April 30th so we will share a birthdayÃ¢Â€Â¦I am a little older. We stopped by to see sister Mary so I got a picture of the two Marys together as they looked over the good size garden that the one has growing in her yard. 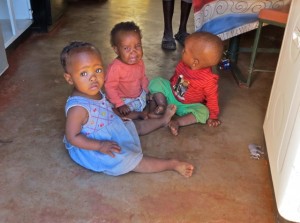 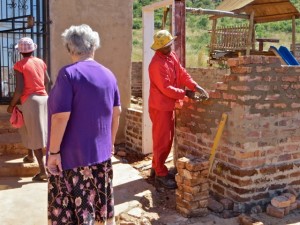 We stopped by the orphanage to drop off some donations from the branch. I started to take a picture of three young ones happily playing together. One of the women who works at the orphanage decided to rearrange them for a better picture and the little girl in the middle did not like it at all. They are building on to the orphanage so they can have a nursery for younger children. Lolo and George are doing a wonderful service by giving these lost little ones a place to live and be loved. I noticed that the brick layer used a line to make sure the layers were straight and then pretty much ignored it when he was laying a brick so the layers are not quite straight. 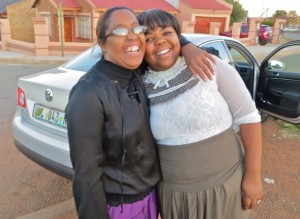 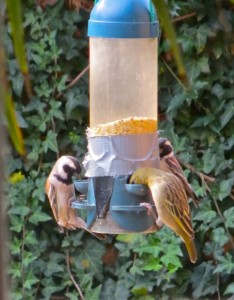 I had to make a run over to Ikageng to open up the school for the self-sufficiency class. However when I got there sister Kruger and Ncapayi found out that the other sister who was supposed to be there had to cancel so since they both live in Promosa they decided they could just as easily hold it there. I took this picture of these two dedicated women before I headed back home. I managed to get this picture of two cape sparrows and a yellow weaver having breakfast.