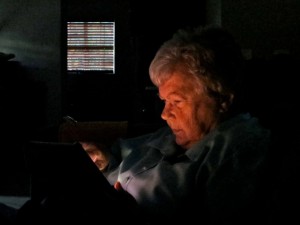 LastÂ night we were sitting in the living room when the electricity went off – we did not realize that load shedding was still going on. When it first went off it was still light but a hour or so later I looked over and noticed Mary was only illuminated by the glow of her iPad. I thought it was a perfect for a picture. 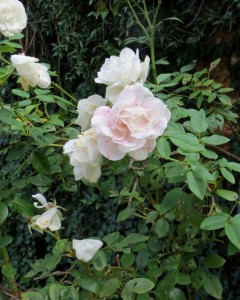 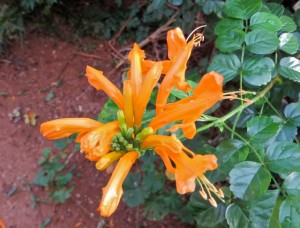 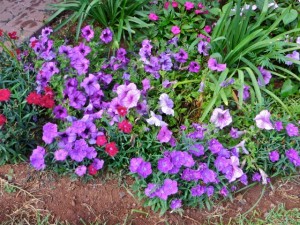 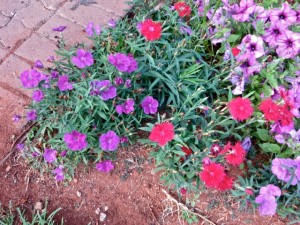 This morning I was out in the yard when I noticed this pink rose on the white rose bush and since I always have my camera handy I snapped a shot.Â This led to me taking a number of pictures of the yard. I thought how here in South Africa it is well into Autumn and soon many of these plants will be killed by the cold or go dormant until next spring – about the time we leave. We will arrive back home in Provo just in time for fall and so we will go through the cycle again. 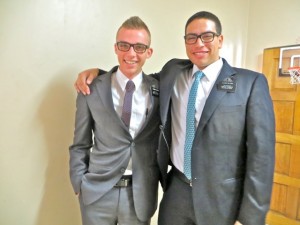 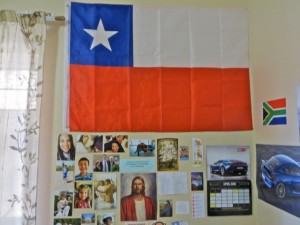 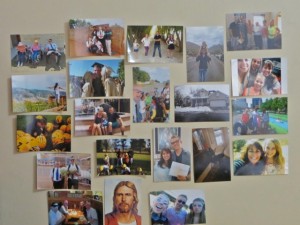 Now for the long story that made the morning pass slowly. Our Ikageng elders’ washing machine would not work so a repair man was supposed to come this morning to fix it. Since the elders needed to be at our flat to be interviewed by president Dunn, I got to sit in their flat and wait for him to arrive. I sat for about 3 hours before giving up and coming back to our flat just in time to take a few pictures of the elders before they and president and sister Dunn left to go to the mall to had out passalong cards.

The pictures above are of elders Barton and Alvial looking their sharpest before leaving to see the president. Each missionary has a study desk and most of the personalize their spaces with pictures from home. Hopefully they do not include a picture of the girl they left behind! Elder Alvial is from Chile so he proudly displays his country’s flag. Elder Barton has a large US flag displayed but it is on the side wall so is not visible in this picture. Notice the savior’s picture is included in both display. 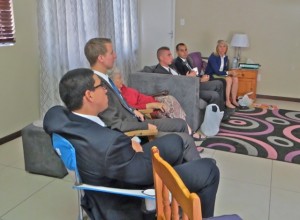 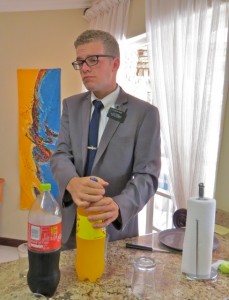 I got one shot of four of the elders and sister Dunn watching the PH session of conference while they waited. Mary made rice krispy treats which quickly disappeared. Elder Todd seems to be sad that only some of the drinks were left. 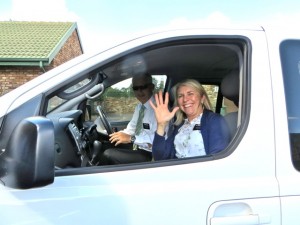 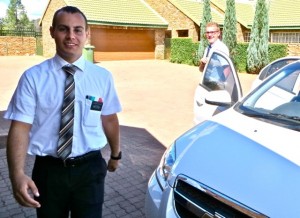 After working with the elders at the mall President and sister Dunn hurried off to their next appointment back in Joburg. Unfortunately I did not use a flash so the president is not very visible. Elder DiRuscio and elder Todd – both smiling. 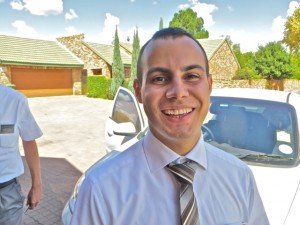 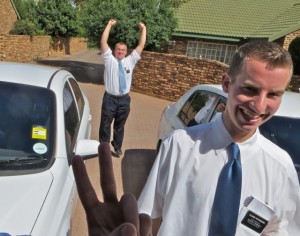 A close up of elder DiRuscio and a shot of elder Oldroyd doing his jumping jack imitation while elder Peterson has a big smile. All in all it was a long but interesting morning.