We could not remember if this Friday was Zone Development meeting or a regular District Meeting. So I called our elders and they told us it was District Meeting. As we were on our way to Klerksdorp for the meeting we got an SMS from the ZLs saying the Zone meeting would be held in Sharpeville. Luckily we were not too far down the road so we made a U-turn and headed for Sharpeville. Along the way we caught up with the elders from Klerksdorp/Jouberton and followed them because we did not know where we were going. It turned out they did not either so we ended up taking a while longer than we should but everyone made it. 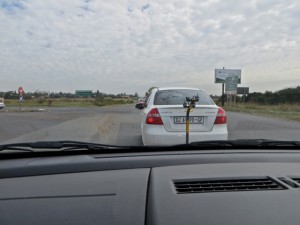 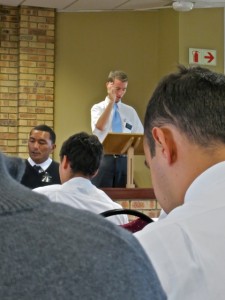 The Elders in front of us. Elder Peterson directed the singing of the opening song.Â 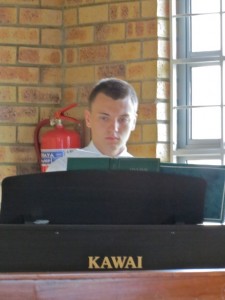 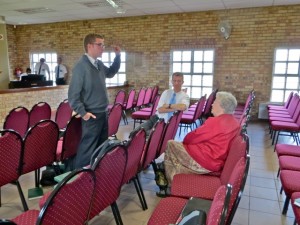 Elder Savage – trained by elder Clegg – played the piano. During a break Elder Todd talked to Mary while elder Peterson looks on. 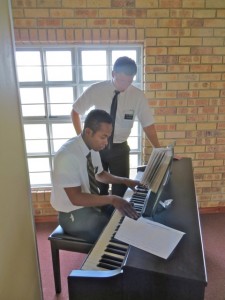 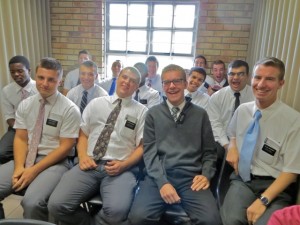 ElderÂ Turouskis watches as elderÂ Andritiana plays. The ZLs had an activity planned. It is called 30 seconds but they did it with a twist. Instead of being a race against the clock they had two wrapped candy bars and while one team tried to guess the answer to the clues the other team had to unwrap the candy bar and them eat it with a knife and fork. To make it harder the one working on the candy bar had socks on their hands. Since the whole Zone was sitting down it allowed me to take a picture with most of them being seen. 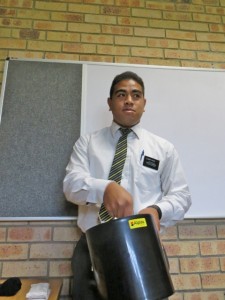 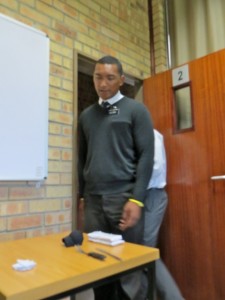 Our faithful ZLS – elders Tekurio and Togiatomai – or elders T2 and T1. 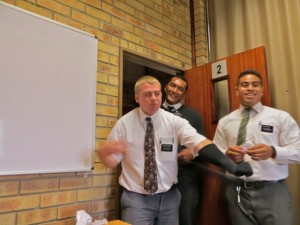 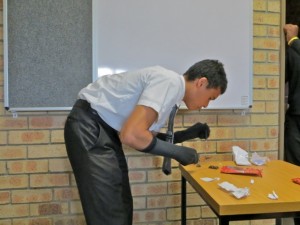 Elder Oldroyd with his mouth full of chocolate. 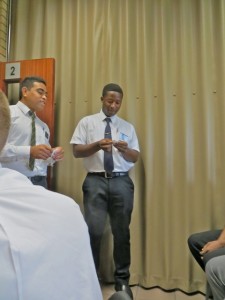 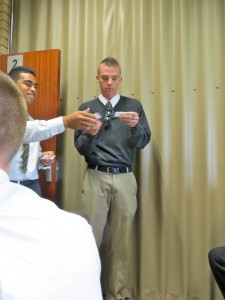 Elders Carter and Barton look at the clues 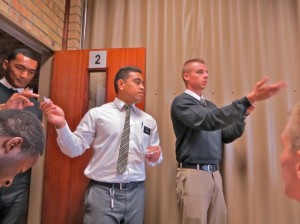 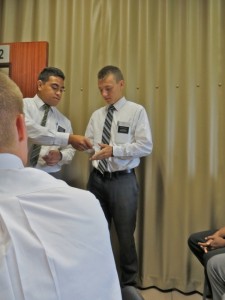 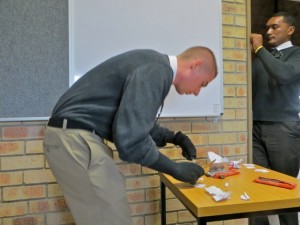 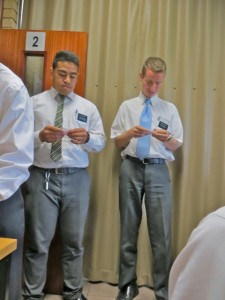 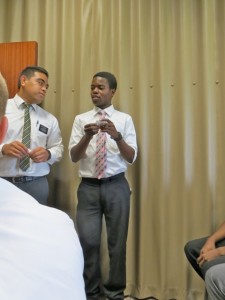 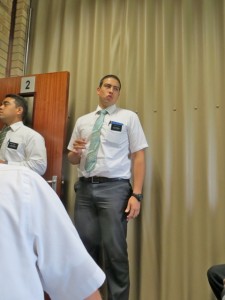 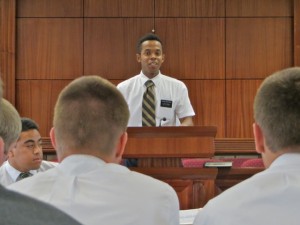 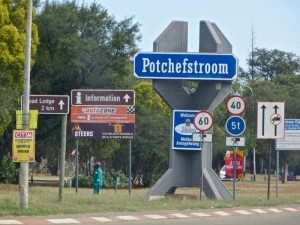 This was elderÂ Andritiana last meeting with the zone as he is heading home a little early. The ZLs asked him to bear his testimony. On the way home I took this picture of the new greeting signs that have gone up on the concrete sculptures at the edges of the city. This one is surrounded by lots of other signs but a few days later I took one of another sign and it is in a post above. 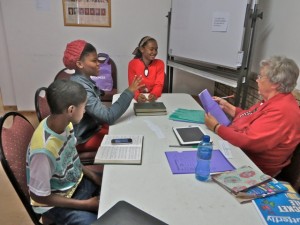 After a busy morning and driving 200 plus Ks we got home for 40 minutes before leaving for the office so Mary could teach Seminary and have an activity. Unfortunately only three showed up but they had a good time learning, playing and eating.