Anther Last for usÃ¢Â€Â¦the last time we will meet with the YSA for FHE. Tonight after an opening hymnÃ¢Â€Â¦here being sung by sisters Kwaikwai – young and older and sister Ratema, there was opening prayer, a spiritual thought on Alma 37:35-37 and then a short but excellent lesson on keeping the Sabbath Day Holy by President Kwaiikwai. 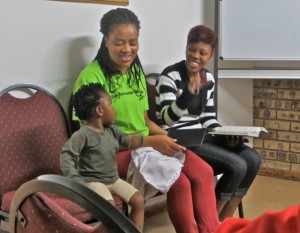 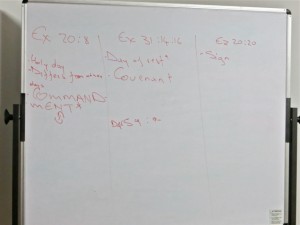 The it was time for some rousing games of Book of Mormon Bingo with lots of chocolate candy as prizes. 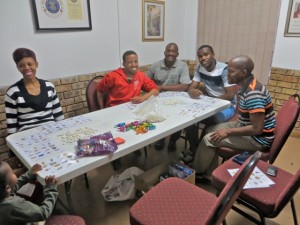 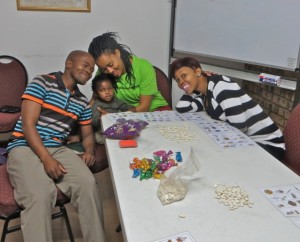 Everyone won some games except for president Kwaikwai who had these two cards that never gave him a bingoÃ¢Â€Â¦he tried once to claim Bingo with three beans in a diagonal instead of the required four. We kept playing until he finally won. Everyone had a good laugh about that. 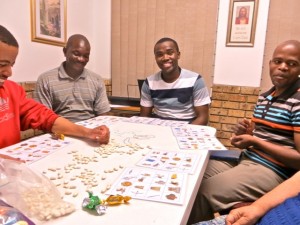 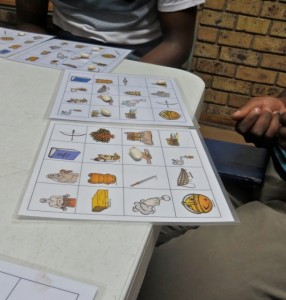 After we had cleaned up the game there was refreshments. Pinenut to drink and full size Bar One candy bars for everyone – even president Kwaikwai got one of them! So it was a night of learning, fellowshipping, laughter, and fun. Too bad there were not more YSA here to share it with us. 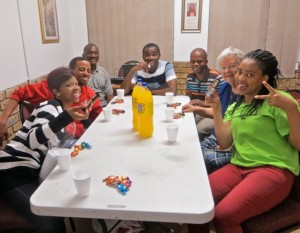 We wanted to take pictures with everyone. President Kwaikwai arrived on his bike which was taken over by their little one. Before the meeting we got to have one with Gomolemo and David. 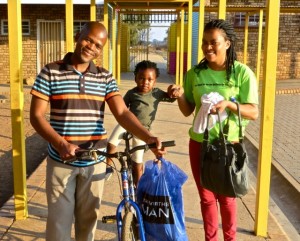 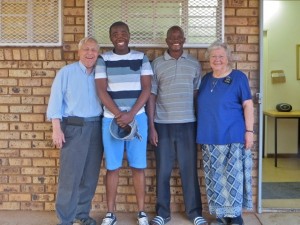 After the meeting we took one with sister Meisie Ratema, David Lebona, the Kwaikwai family and even one of just the two of us. We shared our feeling of love for all of these great members of the Potchefstroom branch. We are certainly going to miss themÃ¢Â€Â¦FHE with the Empty Nesters will be fun but not quite as much fun as we have had here. 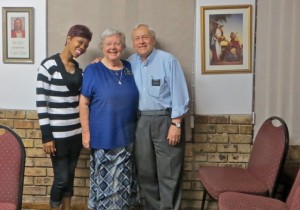 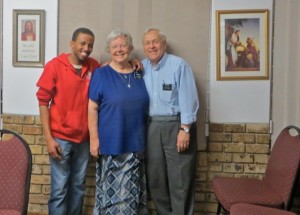 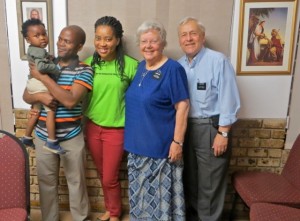 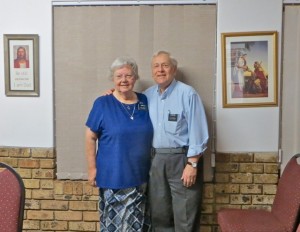