When we started serving in Richards Bay in 2009 the Hafens and Bartholomews introduced us to a tradition called the Last Supper. On the Sunday before transfers all the elders in the one were invited over to the Hafen’s home for a Last Supper. It was called that because almost every transfer one or more missionaries would be transferred out of the zone. After the Hafens and Bartholomews finished their mission we continued the tradition. On the last Sunday before we left the mission we had what we ended up calling the Last Last Supper.

When we got to Fort Lauderdale we decided we would like to continue the tradition for the districtÂ we met with. However president Anderson wanted the missionaries out working during Prime Time so we changed the Â it to being a Last Lunch of each transfer and of course that made the final one the Last Last Lunch. And so it has been here in the Johannesburg mission as we held them after the last district meeting before transfers.

Below are pictures for the transfers Last Lunch and since we will be home for the next transfer it is this mission’s Last Last Lunch – are you following me? Since this may be our last mission – only the Lord knows at this time if that is true – that would make this our Last Last Last Lunch.

This missions Last Last Lunch was with elders Wild and Hentunen, Elders Peterson and McCartney and elders Khwela and Tarauskis. As usual here in Klerksdorp, we held at McDonalds! 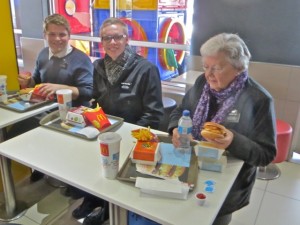 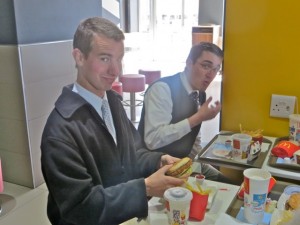 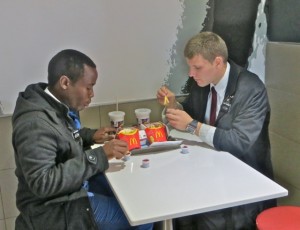 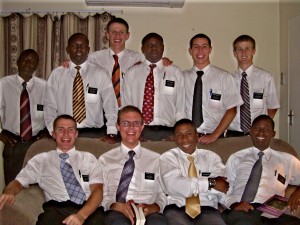 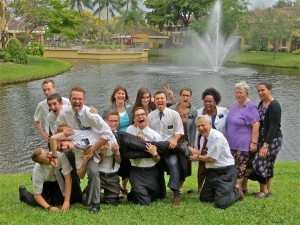 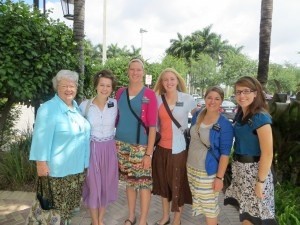