On Tuesday we were invited to have lunch with sister Renny Motha at a restaurant we did not even know existed. It was a wonderful experience to sit and talk to this lovely sister and enjoy some good food. We are going to miss her and the other members of the branch. 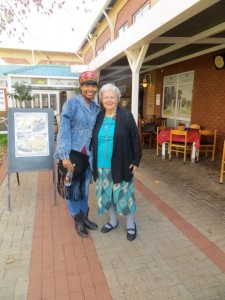 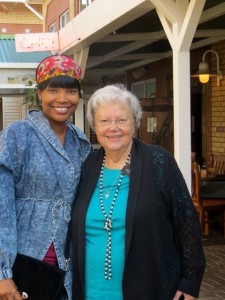 On Wednesday we invited the elders to go to lunch with us at Largos – a street food restaurant in Ikageng that we have not been to in a long time. It turned out that elder Wild did not know about Largos and the big meals you can get for about 25R – which comes out to about $1.65 US. Since he was on an exchange with elder Khwela we had a chance to get know him a little better. Elder Wild went for the half loaf sandwich which is a half loaf of white bread stuffed with good things to eat – and he ate it all. This brought on a discussion of foods we have had while serving here and which we liked and did not like. 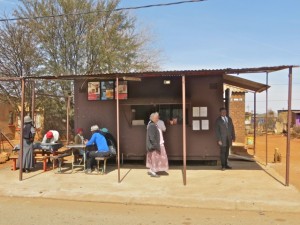 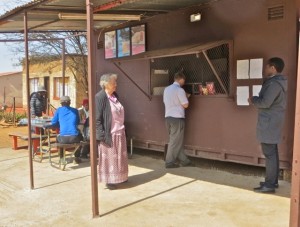 Ã‚Â Ã‚Â Largos had moved since the last time we were there. In the old location they had a back room where there could prep the foodÃ¢Â€Â¦now it seems that they do it in the yard behind the main kitchen. This would probably not pass the food inspectors in the US.Ã‚Â 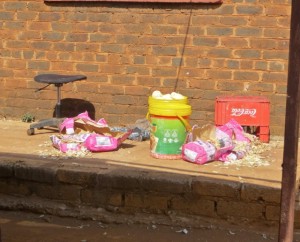 While we were eating some interesting people went by. I could not get a good photo of the two women walking by – one with some long dusters balanced on her head. But a man with two adorable children in a ‘stroller’ was happy to stop and let me take their picture. They did not appear to be wearing their seatbelts. 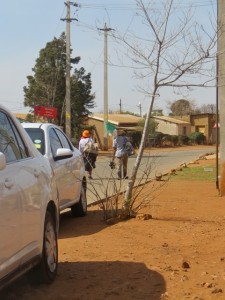 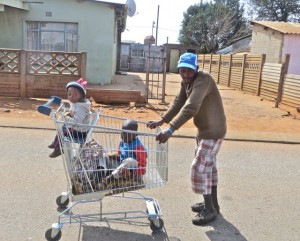 This morning I looked out in the back yard and saw among the smaller birds was a large hadedah eating the remains of a piece of bread I had left for the birds. I managed to get this good picture of it and its beautiful iridescent wings. Yesterday Tanner Todd posted a photo to his parents and said that it showed chickens roosting in a tree. The original photo was so dark that I thought he was joking about large weaver’s nests but when I did some editing I found it clearly shows that it is full of chickens. It may be how the keep away from predators. 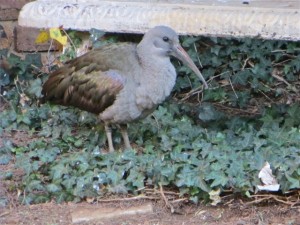 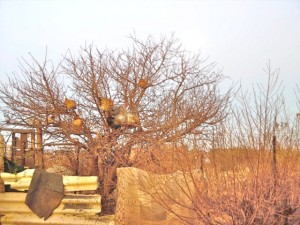