I almost forgot to put in some pictures from Sunday the 19th. After sacrament meeting the sisters watched the Women’s Conference while the men watched the Priesthood session. It was an interesting day for me because except for sacrament meeting president Kwaikwai had to go to work and the second counselor was at school so I was kept rather busy seeing things got set up, ran somewhat smoothly and then cleaned up. It was a time when I was grateful for great missionaries, a fine branch clerk and supportive members. 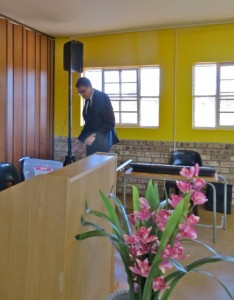 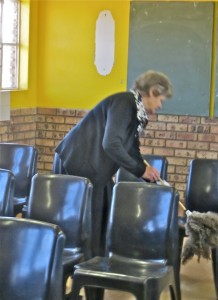 The elders and others help set up the large classroom as our chapel. Sister Brummer has been a mainstay in the branch for many years and she pitches in and helps get the Relief Society room and chapel ready. 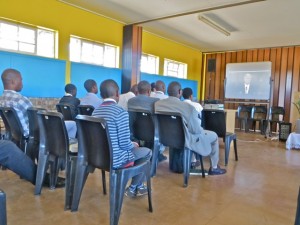 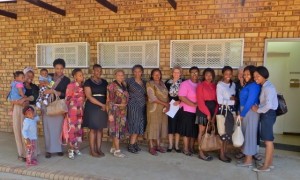 The men enjoyed watching the Priesthood session. After the meeting I wanted a picture of all the sisters. Mary than reminded me that there were three young ladies who also watched but were not included in the picture. 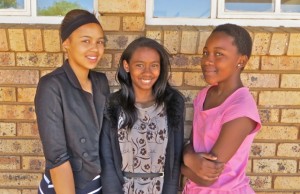 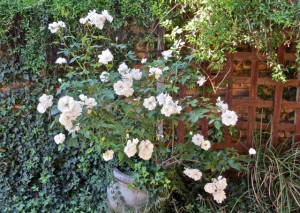 The young lady on the left was with us for the first time. She was invited by the Shavonne who is herself an investigator. The sister in pink was just baptized about a month ago. So you see the branch is growing through missionary work. Since there was space for one more picture I included one of the white roses in our backyard.

Through FaceBook we keep in touch with many of the people and missionaries that we have met and served with from around the world. This morning when I accessed our iPhoto gallery, it opened to pictures from our first mission to South Africa and each one brought back great memories but also some sadness. 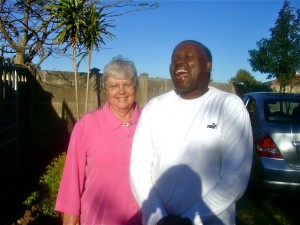 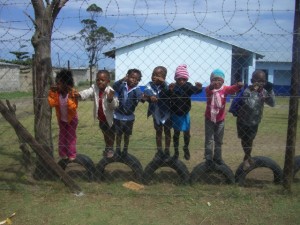 Mary with then president Malinga. You only have to look at that smile to know what kind of man he is. We had a great relationship. As I helped him learn his calling he started calling me coach. These children are from a creche that was renovated by Hafens and Bartholomews as they served in the area as senior missionaries. 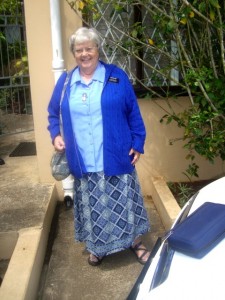 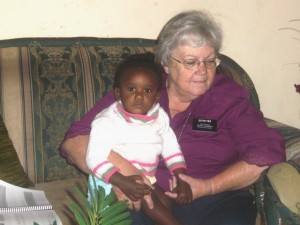 This is one of my favorite pictures of my beautiful companion and her great smile. The skirt and blouse she is wearing were made for her in Jakarta when we served there. Neither Mary nor the young lady are smiling. Mary was teaching an English lesson to her mother and sister. Unfortunately we learned that the mother died some time after we were released. 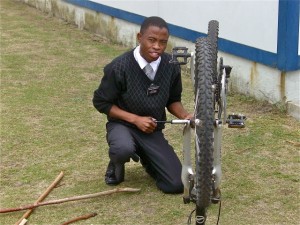 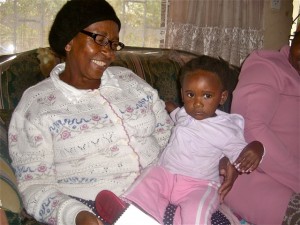 Elder Mokopotsa got a lot of practice repairing the tires on his bike. The elders would ride along the small trails that were shortcuts between areas and were often covered with broken beer bottles which of course punctured the tires. I tried to get them to walk there bikes when they got to those trails and that would probably solve their problem. I am afraid it did not take.

The last picture is of the wonderful sister Nzama and her granddaughter who I never could get to smile. I must have a couple of dozen pictures with her in them and only one has even a hint of a smile. But sister Nzama’s smile made up for it.Â We were very sad when just days before we were to head home sister Nzama passed. We were able to offer condolences to the family but we were home before the funeral.

So those are the memories I relived this morningÃ¢Â€Â¦a picture is worth a 1000 words.