Although I have to be careful about over doing things we had a rather busy week. On Friday the 23rd we went to Klerksdorp for District Meeting. Elder Kelem, the DL, has asked different elders to conduct the meetings – something I can not remember happening before in any district where we have served. At the 30th DM elder Harris conducted. 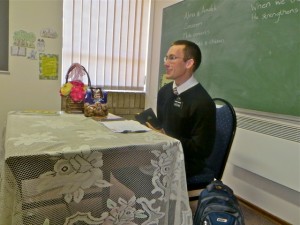 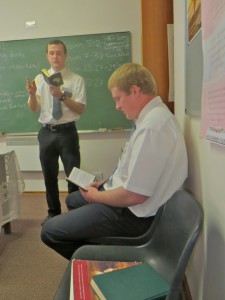 Elder Rogers conducts District Meeting. Elder Perkins leads the music while elder Harris sings. Elder Harris says that everyone thinks he is Afrikaans because he is built like them. 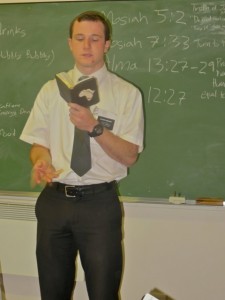 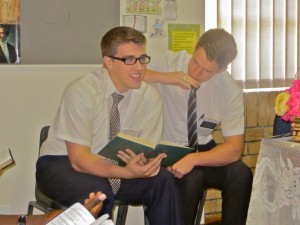 Elder Perkins did his best to lead the music for DM. Elders Flynn and Ryan – the ZLs in the Vaal Zone got into the music! I really should have taken a video because the single picture does not do their singing justice. 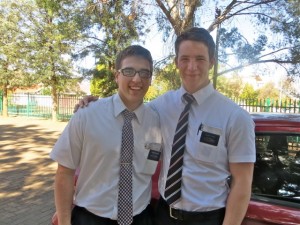 Â  Â  Â  Elders Ryan and Flynn are the zone leaders. Elder Flynn is from St George via Alpine and elder Ryan is from England. As I mentioned before hey did a very good job with zone training a week ago. 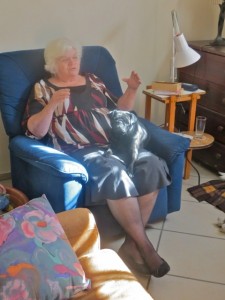 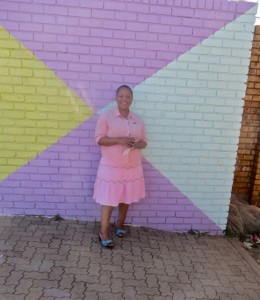 On Monday we down to Parys for our monthly visit with sister Bobbi. She is a lifelong member and we always come away with lots of good stories about the church in Africa. Sister Kujane is our RS president. We met her at the school where we have our offices and church. She was waiting for us next to this painting on the wall and I could not pass up taking her picture. She is doing a great job as President and loves serving the sisters of the branch.

Yesterday we had the first baptisms since we came here. Two wonderful sisters entered into the gate and started down the path to Eternal life. 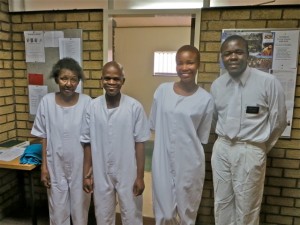 Sister Louisa on the left is 72 years old and since the second time the elders came to teach her she has wanted to be baptized. 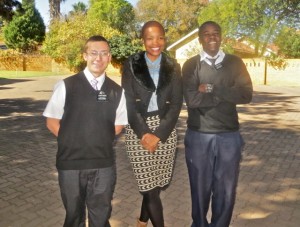 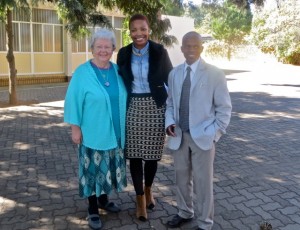 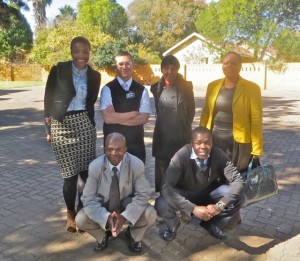 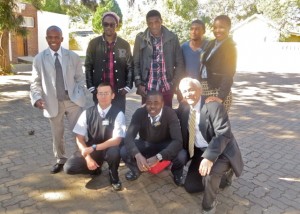