The last three weeks has been a trial for me – Bill – and because of that it has also been a trial for Mary, Two weeks of headaches and shingles, one day of just feeling tired and then a week of severe double vision caused by an infection in my left eye. It has been bad enough that I can not drive so Mary became the designated driver.

I have to confess that when I woke up with double vision on Monday I had a moment where I felt like I was suffering more than my share of bad health. But then I remembered President Uchtdorf’s talk in conference about having gratitude under any circumstance.

I then weighed my problems against all the blessings we have in our lives. Basically other than the shingles and double vision I am very healthy and Mary is feeling fine. As the pictures in the post before this shows we have been blessed with wonderful children and grandchildren who we love. We have friends from all over the world who care about us. We have plenty to eat – I am gaining weight because I am not exercising enough – money for our needs – and we have the blessing of being able to serve this mission in South Africa, and lots of other things to be grateful for. A little tender mercy was discovered this afternoon when Mary found that KFC here does sell her favorite bowl – little things means a lot.

On Thursday night President Omer and other PH leaders in the area gave me a wonderful health blessing promising me that this would all pass. I went to the optometrist today and she found that I have an infection and she gave me a prescription that should clear it up in a couple of weeks. She thinks this will take care of my double vision problem.

Of Friday we went up to theÂ Vereeniging Chapel for the first meeting of the new Vaal Zone. We were able to participate in a great two plus hours of learning and sharing where our experiences from other missions came in very useful. TheÂ Vereeniging chapel (Stake Center?) is one of the most beautiful I have ever seen. It was interesting for another reason. Our daughter-in-law (I really would rather write just daughter because that is how we think of her) Shauna went there some 30 years ago when she was in South Africa for study abroad.

On Friday evening we had dinner with E/S Dummer who are serving as a temporary office couple until the two new couples arrive in June and July. They were passing through on their way to the Klerksdorp/Jouberton area where they hope to go back to serving as their temporary duties. 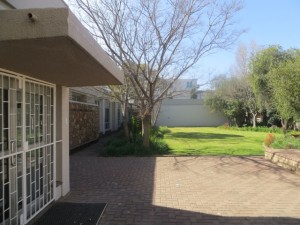 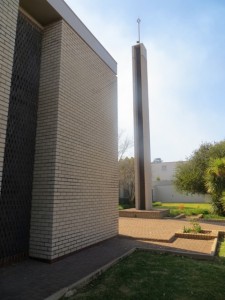 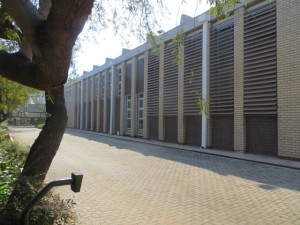 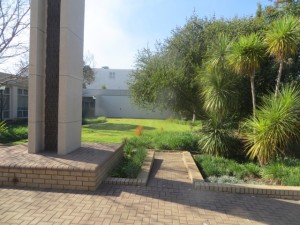 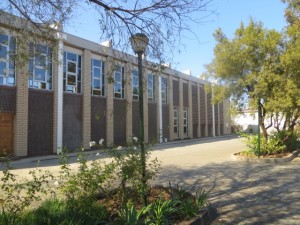 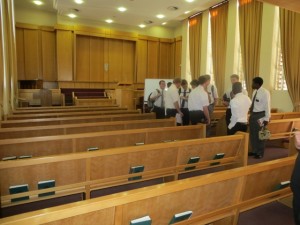 TheÂ Vereeniging chapel is beautiful inside and out. The landscaping is both beautiful and mature. They do not build chapels like this anymore and it is less than an hour from our flat. We are hoping that they will hold the multi-zone conference here in June. 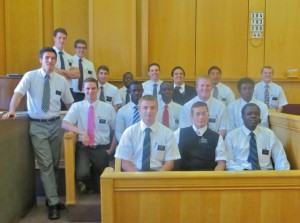 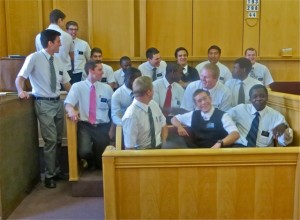 The Vaal Zone – name of course for the Vaal River that skirts the West side of the zone – was formed at the time of the last transfer. We will get to know the missionaries better when we do flat inspections sometime this month. 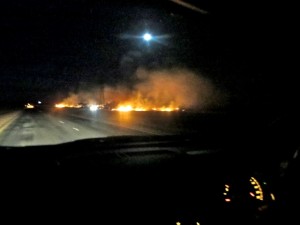 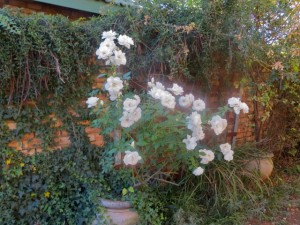 On the way home from our meeting over in Klerksdorp Thursday night we drove along a major grass fire on the South side of the N12. Grass fires and trash fires are always burning here but this one was the largest we have seen. They do not try to control it and there was only one fire truck protecting some structure but other than that it is just burn baby, burn. The villa we live in has lots of white rose bushes – this one is in our backyard. Right now it is especially beautiful for me because I see two versions of it… 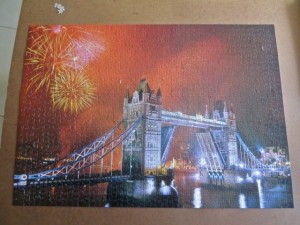 We have finished our 5th puzzle – 1500 pieces. When it was done Mary said that she would like to buy a simple 500 piece puzzle that she could just enjoy putting together rather quickly.