Well I am about a week behind in adding text to the pictures I loaded. On Sunday December 28 we took part in the branch Christmas social – a couple of days after Christmas but no one complained. On Saturday before the program was presented we went to the school for the rehearsal. One interesting about the cast was that two of them were non-LDS who were just starting to take the lessons. 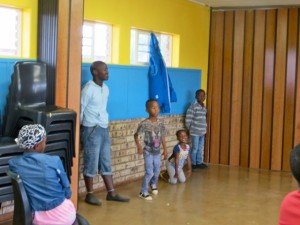 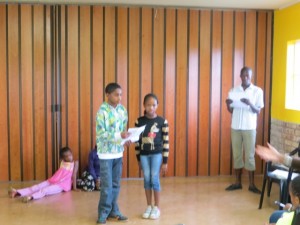 We had the largest attendance ever – 61 at sacrament meeting. This included a number of investigators as well as non-LDS family members who came to see their grandchildren in the program or talk. After the block meeting, we held a short program that included a lot of singing Christmas songs and then a re-inactment of the nativity as recorded in the Gospels. 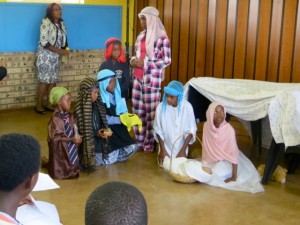 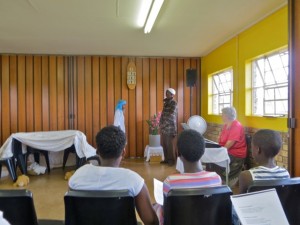 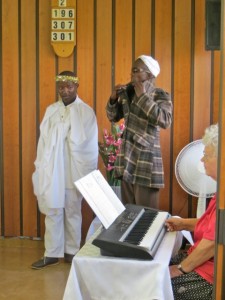 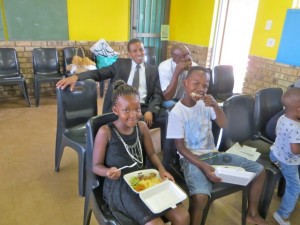 The angel and the Inn Keeper were the non-LDS members of the cast while Mary and Joseph have been members for only about a month now. After the program there was a nice lunch that was prepared by a small committee but with lots of help in serving. 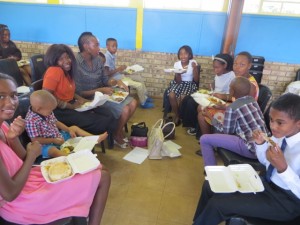 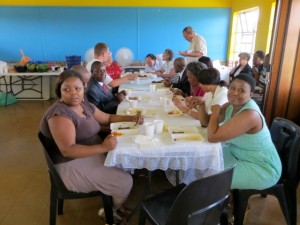 There were lots of children and young men and women in attendance. I think the young one sleeping below had the best of both worlds. 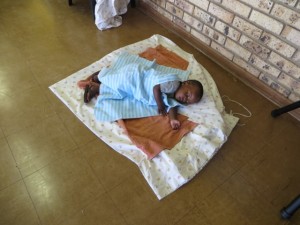 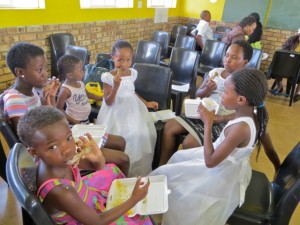 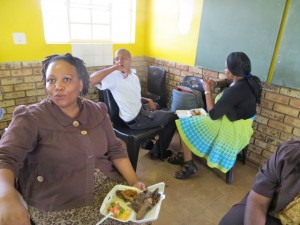 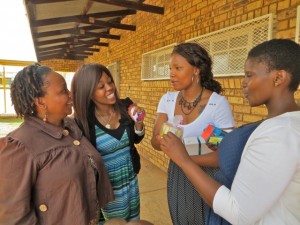 After the feast, members like always gathered together to talk. I walked in on a lively discussion about something but I never figured out what because they were speaking Tswana. Probably better I did not understand. Our dear friend sister Thulo, who was on the food committee wanted her picture taken eating watermelon. I am always happy to fulfill a request for a photo. 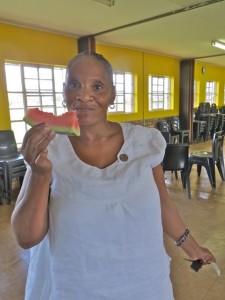 By the time we did all this, got the rooms cleaned and put back in some kind of order, got most of the people on their way home, and delivered a couple of car loads of members to far away places, we finally got home some 8 1/2 hours after we had left it in the morning. We basically came in and collapsed but with smiles on our faces for being able to be part of a very successful event.