The mother of one of the branch members passed away during the week and we attended the funeral. It was a Catholic service but I am pretty sure a US Catholic who saw the service would have been a little surprised. African funerals include lots of singing – like after each person speaks – there were 21 items on the program – and sometimes while they are still speaking. But important thing is that there is a good spirit there and neighbors, friends, and relatives from all over come to them. These pictures were taken at the cemetery because I was asked not to take pictures at the home. 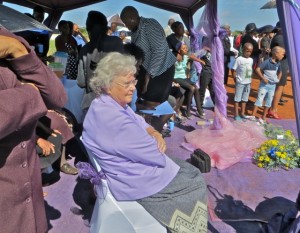 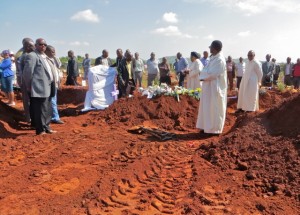 In the program – it was beautifully produced – were a number of poems in English that basically were written to console those left behind. They mentioned that she was in a better place and that they should be happy for her and not mourn for long. The beautiful headstone – it was done in just 4 days – includes one of the poems. 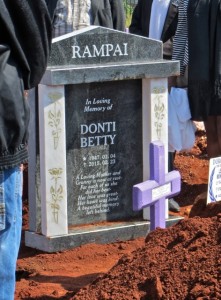 The other event of the day was dance practice for the youth who are having a big dinner dance on the 21st of March. Some of the youth still have not come to any of the practices but those who do have lots of fun. 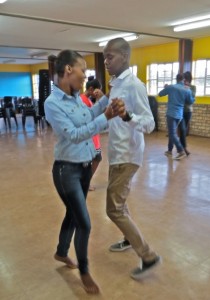 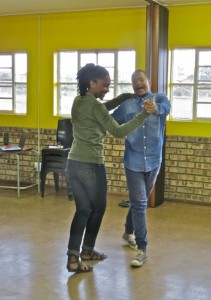 Their trainers are Meisie Ratema and Omphile Mokate and they do an excellent job. From the smiles on faces of the youth you can see that they are having a good time. Â 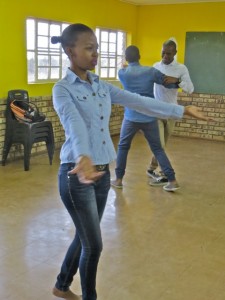 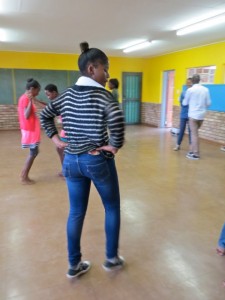 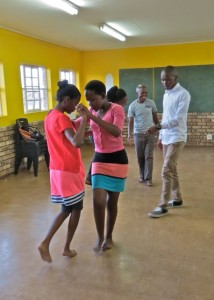 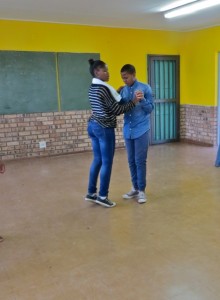 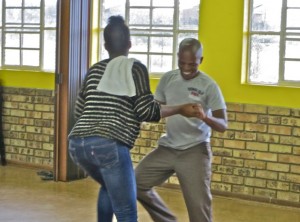 This is a picture of president Kwaikwai showing his moves with young sister Khayne Lekebe. He said he was not a dancer but he seemed to be doing OK. One thing is for sure by the time practice was over everyone was really tired.