There were 62 in attendance today – once again well above the average for last year. It seems that there is a special spirit of growth and rededication as a number of members who have been a way for a while have started to come back into the fold. 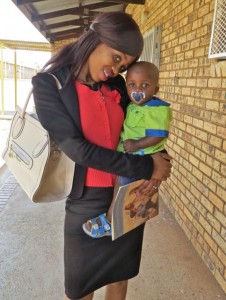 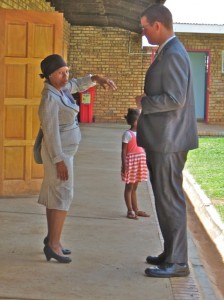 Sister Maisie returned from her vacation and found a young man to hold. She does an excellent job as Primary president. Sister Merriam seems short when standing next to elder Taylor. She also serves in Primary where she loves to sing. 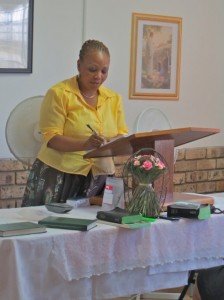 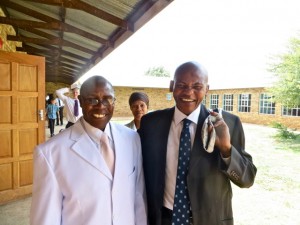 Sister Kujane is our faithful Relief Society president. I had to take this picture of brothers Xhego and williams in their contrasting white and black suits. Sister Merriam carefully placed herself so she would be in the picture. 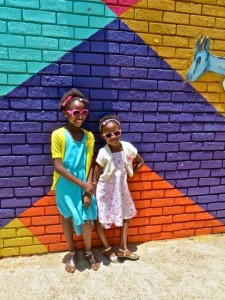 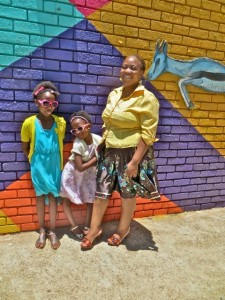 These two pictures of the beautiful and funny Kujane girls with there pink sunglasses agains the multi-colored wall just shouted out as needed to be taken. 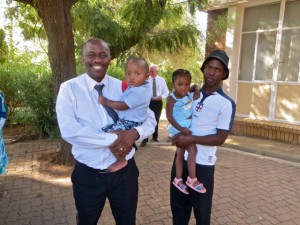 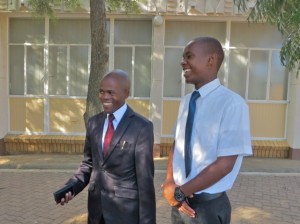 In the afternoon we took a group over to the Klerksdorp chapel for a planning meeting. In late March we are going to hold a three branch dinner dance for the YM and YW. President Mogapi of the Jouberton branch has a big as he holds his son. President Kwaikwai and brother Omphile join in with their smiles. 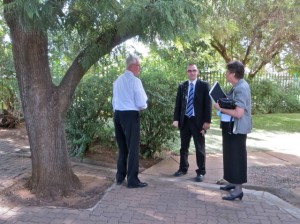 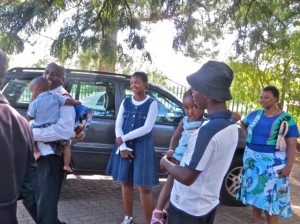 President Robbins of the Klerksdorp branch is in the middle with elder and sister Dummer. The right hand picture includes the Mogapi family. I love the way the young sister is looking at me with a kind of worried look on her face. I get that a lot from young children – I am not sure if it is the camera or the white guy behind it that makes them kind of leery.